Forgiveness: More Than An Uttered Apology and an Awkward Handshake

Our pastor preached about reconciliation and forgiveness today, as we studied in Genesis about how Joseph and his brothers were reconciled after Joseph revealed himself to him. One point he made was that when Joseph forgave his brothers, he didn’t shuffle his feet and kick the dirt and stare at the ground and mumble:

No, instead, Joseph looked right at them, and basically said: “You did this to me, You meant this for harm. But don’t worry about it anymore, because you did this but it was all a part of God’s plan.”

So Joseph said to his brothers, “Come near to me, please.” And they came near. And he said, “I am your brother, Joseph, whom you sold into Egypt. And now do not be distressed or angry with yourselves because you sold me here, for God sent me before you to preserve life. Genesis 45:4-5

Then Joseph goes on to talk about how it was all a part of God’s plan to save them and that they should join him so they can all be together and live off the stockpiles of Egypt and they weep together and are reconciled.

As I listed to my pastor with one ear, I briefly pondered that part a little more with the other half of my brain. In the middle of this intense moment, dredging up the past and laying it bare, Joseph is still able to look at this horrible grievance against him in light of God’s goodness and sovereign plan.

What I mean is, do we, when confronted with an injustice that has been done to us, move our brains beyond the first half of the statement “you did this to me,” and revel on the second half, “it was all a part of God’s plan.” Do we view the grievance as a source of spiritual growth and change in our hearts?

Or, when we are hurt by some act that is clearly and undeniably a sin against us and God both, do we hang onto the hurt and pain and insist that we are due some kind of compensation or retribution, or at least a groveling apology to make us feel better?

I don’t know about you, but I know I’ve been in situations where my mind would have railed against the thought of calling it “good” or a “blessing.” I would not have wanted to look beyond the pain at that moment. And yet, that’s exactly what God asks us to do.

In addition, God set the bar high, and calls us to reach for it, when he set the example of forgiveness by forgiving us for sinning against Him, something far greater of an injustice than anything that can ever happen to us in this life – if we can only wrap our brains around it. 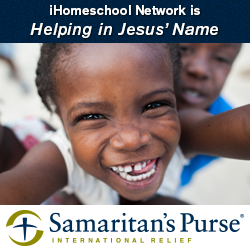