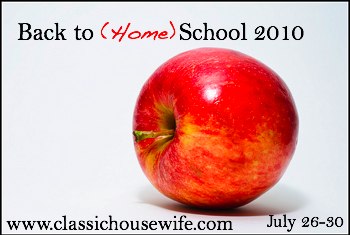 I don’t know about everyone else but I found some good blogs, learned a lot and got a lot of great ideas. Don’t worry, I’ll share some of it soon! By the way, the linkies are still open – you can still sign up!

2.) Saturday was a nice lazy day after feeling a little busy all week. I did manage to get SOME housework done so that I wasn’t TOO lazy. But the two littles and I got to chill while the eldest and Big Daddy were at rehearsals all day.

3.) Sunday – our anniversary! Started off with my “hijacking” hubs’ Facebook account to leave a really sappy status update wishing me a happy anniversary.

Despite my best efforts to make it SO. OBVIOUSLY. not something he’d normally say, it sounds like several people fell for it, which was funny. Best of all, it made him laugh when he saw it, and we got to laugh over it a few times later in the day. We also went to church together, went swimming at his mom’s house, went out on a date without kids – and came home without kids!- because he’d prearranged for them to stay at his mom’s house. He bought me roses and we brought home some movies to watch. It was such a nice day.

4.) Today I’m still happy, leftover from spending so much time with Hubs yesterday. And though I had to make a run to replace a window air conditioner, I capped off my evening watching Superman II

the kiddos and winning a Monarch class of my choice from Alpha Omega during the Hip Homeschool Moms Twitter Party! Princess & I picked out Spanish since we’ve already set our hearts on specific things for the other subjects this upcoming year. How exciting!

It sure would be nice if the “good day” trend continued all week, wouldn’t it? Well… here’s hoping. 😉

Amber,
I am sooooo excited that you are going to be able to do Spanish with your Princess after your BIG win last night. Was that a fun party or what?!? Thanks for joining the Hip Homeschool Hop today! 🙂

It sounds like you’re off to a great start for the week! Congrats on your anniversary and your win at the Twitter party – and good luck with the start of your homeschool year! Visiting from Hip Homeschool Hop.

FOllowing you from Hip Homeschool Hop- and following on Twitter, too.
Check out our BACK TO SCHOOL CHECK-UP! This week is a linky for pics of your school room!!

Glad we could provide a fun prize for you. We hope you enjoy it!