Miscarriage, Grieving, and Back to School 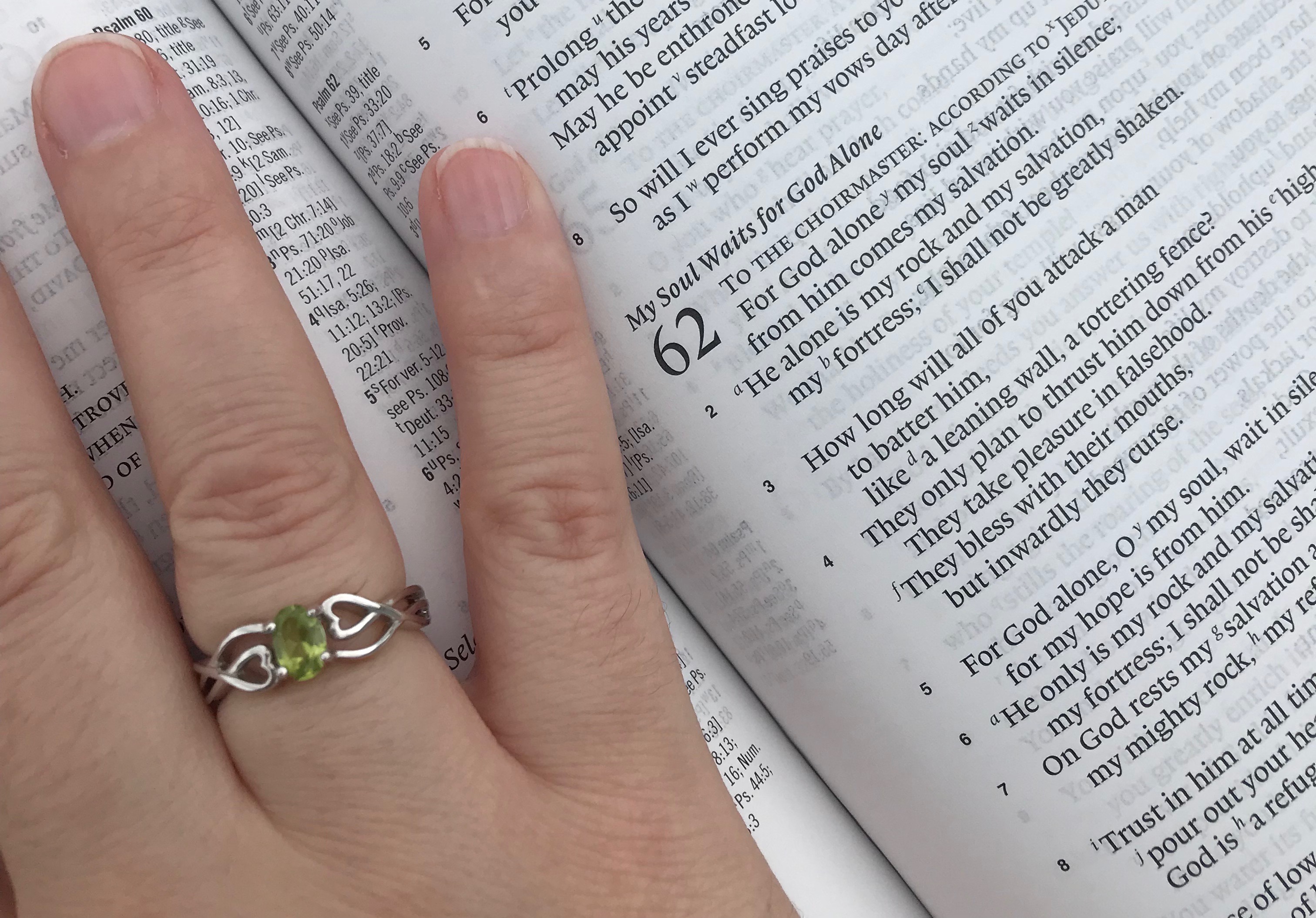 Somewhere in the middle of June, a little life began to grow, and for the next eight weeks or so that child was mine to hold and carry. On August 23rd, at eleven and a half weeks along, only hours after our first doctor appointment, we had to make an emergency trip the hospital.

We had lost our little baby to miscarriage, and I was hemorrhaging badly.

It’s surreal how everything can change from one moment to the next. Around 3:00 that afternoon I was slowly waking up from a lovely afternoon nap. Fifteen minutes later I was texting my husband from the bathroom, and several hours later we were returning home with loss heavy on our hearts.

It took so long to get an appointment with our doctor that we never had the opportunity to see a sonogram, or hear a heartbeat. We didn’t carry our little one long enough to find out whether we were having a boy or a girl. Actually, my hcg levels had dropped enough that we most likely lost our baby the week before, when I had noticed an improvement in morning sickness symptoms. By the time my body began the miscarriage process, our little one had already passed on.

The miscarriage itself was “fast and furious.” Once it began, the bleeding immediately increased so quickly that I knew we needed to go straight to the emergency room. We spent three hours at the emergency room for blood tests, a sonogram, and some observation. The miscarriage had been complete; I didn’t need a D&C, which is a small blessing. But the hemorrhaging was pretty significant and kind of concerning. I lost so much blood that it took several days to recover from it.

Grief, it turns out, is kind of weird. When we found out we were unexpectedly expecting, we knew we would have higher risk of miscarriage because of my “advanced” age. And I knew that I would be sad, and probably a little depressed, if we lost our baby.

And yet, I never expected the need to grieve the loss of a little one that we had for so little time. We only knew about our baby for about six weeks. Our loss seems small–if in fact you could create a scale of loss that could measure the depth and breadth of loss in any comparable manner. On the other hand, it’s not just the loss of a child we knew for six weeks, but a loss of all the years to come that will never be.  Furthermore, I had no idea what to expect–never having been in the position to grieve my own loss, which is quite different from grieving for the pain of a friend who has lost a loved one.

In fact, I was quite caught off guard by grief.

About a week ago I was reading an article on recovering from miscarriage which mentioned the stages/symptoms of grief. I immediately thought, “Oh, I’m not gonna need to go through all THAT.” I looked at the list, “denial, anger…” and I thought “Oh, yeah, that’s not me, I think I just skipped straight to the sad and depressing part.” But then I realized I spent most of the first week binge-watching Netflix to avoid thinking too much (denial,) and I still prefer to fall asleep at night with something on the tv. I also realized that I’ve been frequently irritable (anger,) and even apathetic about some non-essential things. I actually asked James one day, “ask me if I care about that right now.” He actually did, and I actually said “Nope.” I was startled to realize that not only did the stages/symptoms apply to me but I was smack in the middle of it and didn’t even know it.

Grief is weird because the most unsuspecting and normal things can remind you of what you’ve lost (while other normal, unsuspecting things do not. Or, not this time.)

Grief is weird because it’s not linear or constant. Grief is muddy and inconsistent: moments of pain, sorrow, heartache, irritability, fatigue, and disappointment, mixed with glimpses of normalcy and happiness, all swirled together with a ribbon of sadness and loss running through the whole of it.

Grief is weird because it slips away slowly, but not all at once. Rather, it ebbs and flows as it recedes.

Our kids have been great. They helped take care of me as I recovered. They sat and watched Netflix with me while I rested. They hugged me while I was sad. They’ve cuddled up on the couch and been sad with me. My husband has been great, too: supportive, tender, and patient. 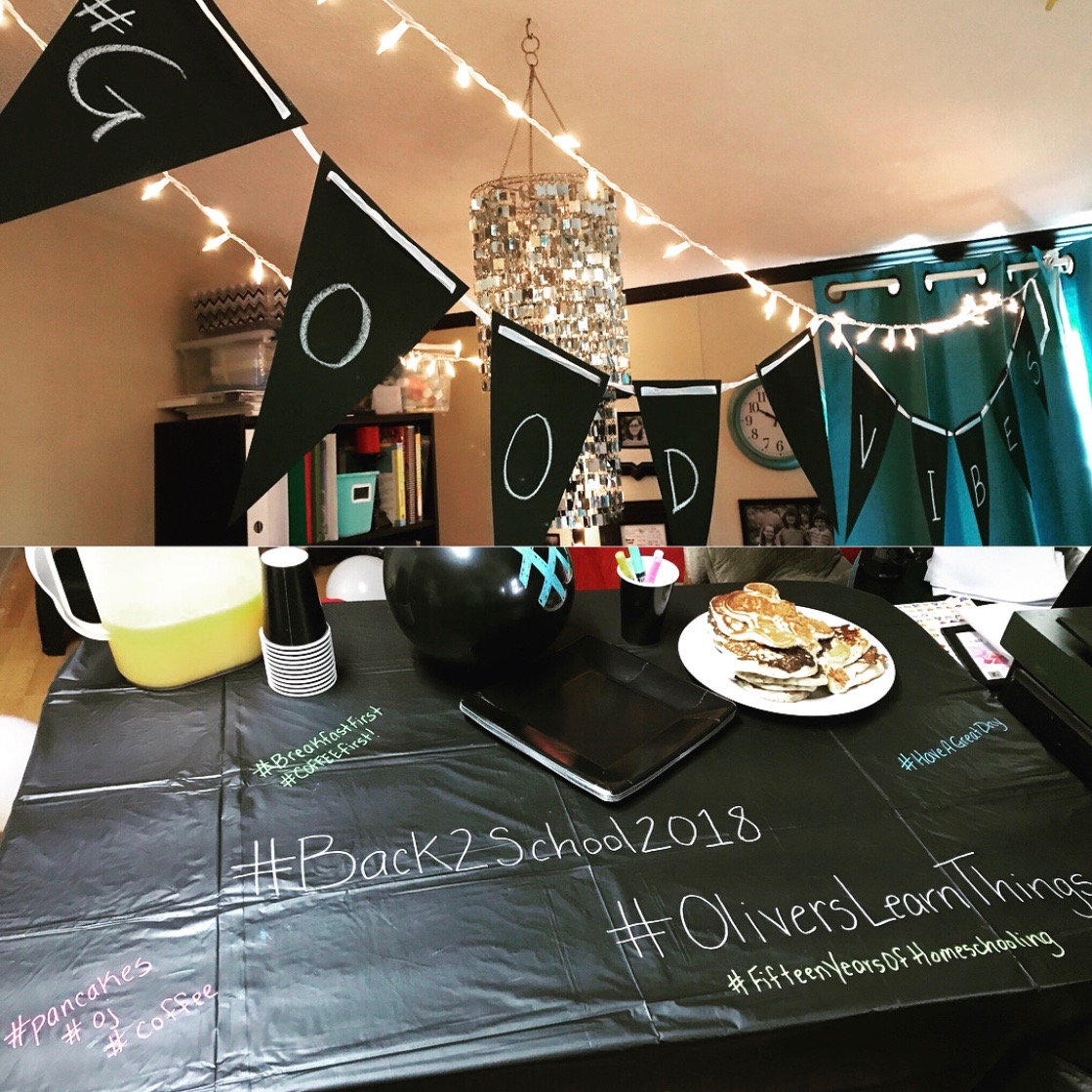 And so last week, sandwiched in between Labor Day and my 40th birthday, we started back to school with our annual First Day of School Party. I threw it together at the last minute, and I did the best I could because I was determined that I wasn’t going to drop the ball. I kept things simple, and we had a really good first week.

We’re doing things a bit differently this year, because we were expecting, and now it’s turned out to be very helpful as I recover. The basic gist of our plan for the year is a little more independence for the kids, and a return to a relaxed and “together” approach for the rest of it. The good news for me is that there’s breathing room for off-days and self-imposed time-outs. But there is also enough structure in place that the kids can keep going and get the essential things done.

I’m sad about the loss of all the things I thought were going to be. But I’m looking forward to the new school year, too. And I’m healing. As part of our healing process, I bought myself a ring to remember our baby by, with an August birth stone, and I named him/her. I had already landed on a favorite first name, Charlotte for a girl, or Charles for a boy, with a nickname of Charlie either way. I was really hoping for a girl, and kind of had a feeling that it might be. Charlotte means “petite,” Jean is a variation of Jane meaning “gift of God.” And so, Charlie Jean was our little gift of God, even if only for a little while. 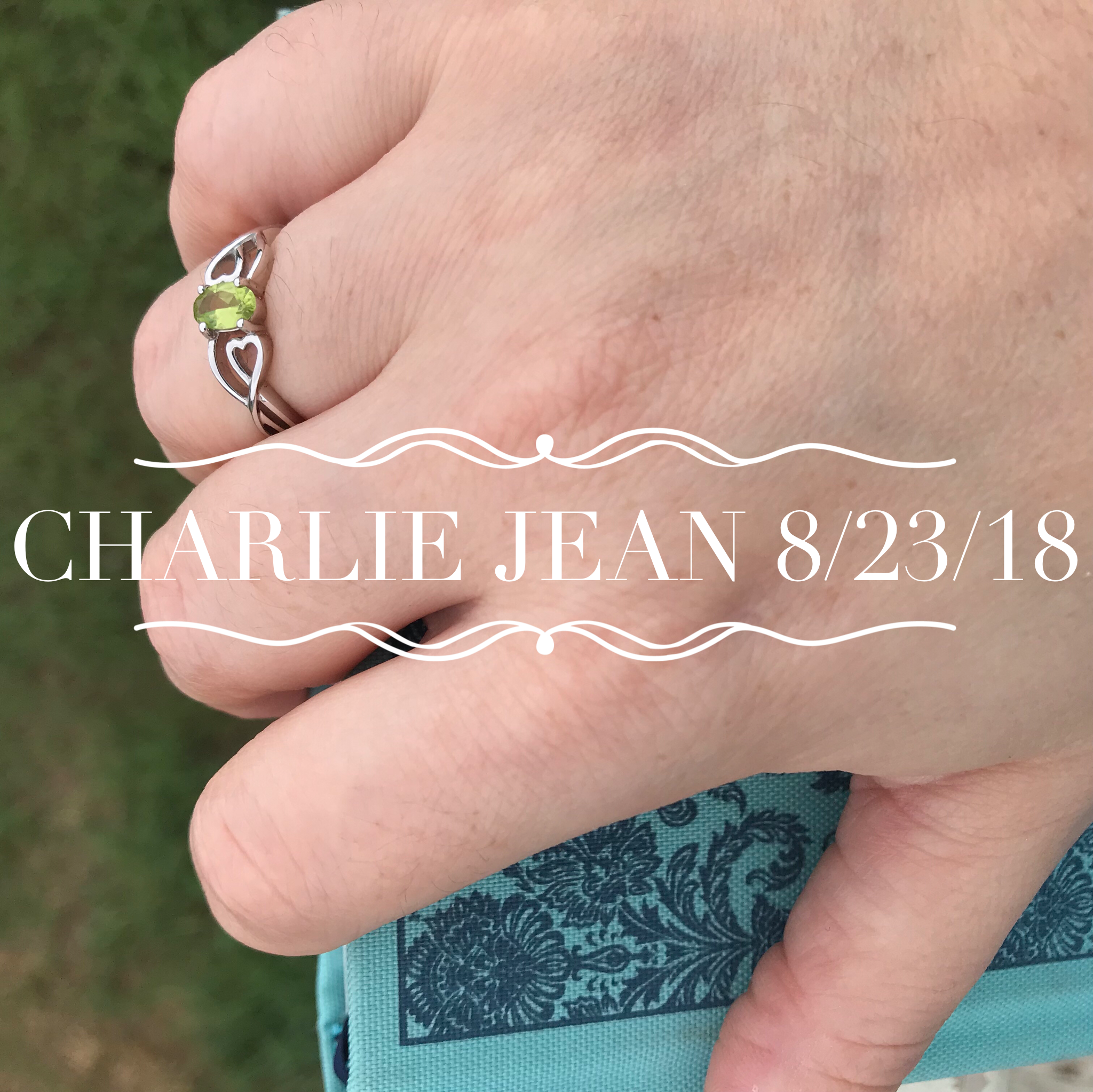 My hope, my rest, my peace, and my joy comes from Jesus. The Lord is my strength, my shield, my stronghold, and my song. I want to leave you with one of my favorite passages from Psalm 62.

For God alone my soul waits in silence;
from him comes my salvation.
He alone is my rock and my salvation,
my fortress; I shall not be greatly shaken. (Psalm 62:1–2 ESV) 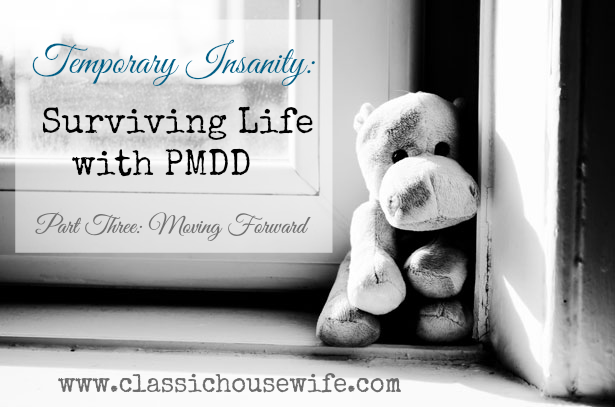 Praying for you as you recover and work through the grief. We have lost two precious children during pregnancy. It is difficult but so thankful that you have a loving family supporting you.

Hugs and love to you my friend. I’m praying for you.

Very poignant and well written. This totally captures the feeling I had with a early miscarriage. The grief, like you said, is small on the scale of grief but it’s still there. I love that you bought a ring, I kinda wish I’d done something like that at the time of my loss (11+ years ago and 22 years ago).