Y’all, let’s face it. I am NOT the wisest spender in the world. Oh, I try to be. And I do really great most of the time, and then I fall. And I fall hard. Not because I ran out and intentionally blew a bunch of money we didn’t have and spat in the fact of wisdom. No. More likely because I didn’t realize I was spending as much, because I gave in to impulse shopping, because I didn’t have a specific enough list, and I probably also had at least one kid in tow and I stink at math in my head even when I don’t have the kids getting into things.

But I do have a confession. I used to also spend more money when I was feeling down in the dumps. Picking out something new, shiny, soft, lovely.. makes me feel better. Well, at least until I hit the cash register. That happy feeling hits the road when I see the bill. So there’s no point, and for the most part I have learned to identify my weaknesses and avoid shopping when I’m not on my game. (Not “Yay Me,” but “YAY GOD” for that!)

{{Oh my gosh, as I’m writing this, I’m watching last week’s episode of The Biggest Loser and Suzy Orman just told them “we spend more than, when we feel less than.” No joke!}}

Two Christmases ago I had one of those crashes. Flames. A fiery ball of death crashing on a rocky mountainside with no parachute and a big red X at the bottoms saying, “YOU JUST SPENT DOUBLE YOUR BUDGET AMOUNT, CRASH HERE.” It really made an impression on me.

It really. Made. An impression. On me. (And be sure that I made complete restitution with God and hubby both.)

It made enough of an impression that last year I tackled the Christmas shopping in a competely different manner, with a completely different attitude. I had a plan of attack, a method, a more specific budget, a more specific list. I had done really well with spending over the course of the year and there was no way on God’s green earth I was going back again.

I had my Excel spreadsheet and my red pen out and I made a list and I tracked every penny and I was Mrs. Pennycounter. Totally. And it worked. It really, really, worked. In fact, I think I was a little under budget. And this year, I admit, I’ve purchased a few things online (specific things that I had on my list already) but I haven’t set up my spreadsheet yet and I feel all panicky inside! So this week I am setting it up before I purchase another thing. Because Y’ALL. It worked so well.

So here’s what I did:

And that’s it – isn’t it easy? It’s so simple, and so profound. And I’ll be honest. It might have saved my marriage. I cannot imagine what my husband would have done if I’d given a repeat performance of Christmas 2007!

So this year, I’m sticking with what works. No repeat performances. Ever.

This post is happily submitted to Works for Me Wednesday. 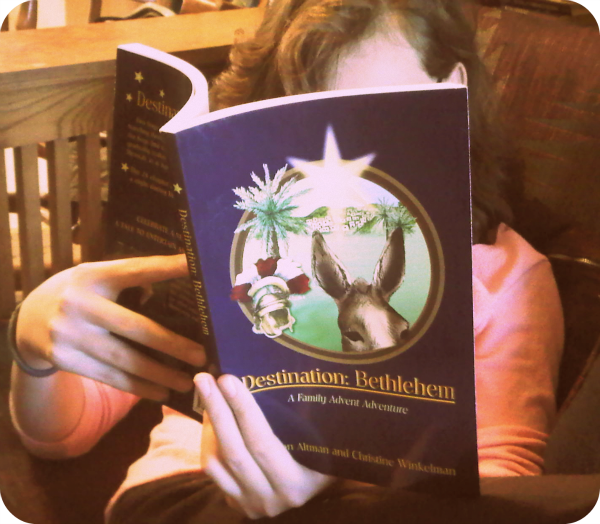 Thanks for the post. I use to do shopping when i feel down and i end up buying something that i really dont need at that moment.
I have handmade most of the gifts for my family and friends. This is one way to save money from the unnecessary spendings and the other thing is that the gifts are unique and special.

WFMW - Counting Every Penny | A Classic Housewife In A Modern World