**This Giveaway is now closed. Congrats to Kelly @ Designs of Mine!**

I told y’all I was going to do something FUN for my daughter’s 6th birthday! In the spirit of the UBP and my loud and boisterous Drama Queen I’m going to do another giveaway – a Clue Jr. board game!

In the spirit of the CLUE JR. Game

, it’s going to involve clues – are you paying attention? =)

For Christmas, I bought my girls several board games. Since Drama Queen is only just learning to read, I wanted some things they could play together and both enjoy. Clue Jr. was actually a gift for Princess, but I chose it specifically because Drama Queen would be able to play it with her. It’s one of their favorite board games and I often play it with them.

Clue Jr. is for the most part like the classic version of Clue, with the main two differences being that you’re seeking a sneaky cake eater instead of a villainous murderer, and that the score cards use pictures making it easy for younger children to play along. Rolling the dice, children move various characters to find clues, determining who at the cake, with which drink at what time. As you find the picture clues, you mark off the pictures on your score card until you’ve figured out-duh-duh-duhhhhhh….who ate the cake. Sound fun? It is.

I also like that the child doesn’t have to be a better reader, or better at math, or better at anything to win. It’s a level playing field for both of my girls, meaning that Drama Queen has her fair shot at winning from time to time. It’s nice to have a few games like that in our closet!

And now you can, too! I’m giving away, to one lucky reader, their very own Clue Jr. board game. If your children are already too old for this, it will make a great gift for some other child in your life. Or you could donate it to some kind of children’s charity. Or you can hang on to it until Christmas and give it to an Angel Tree child. Whatever!

Here’s how you can play along:

That’s all you have to do! Now go play Classic Housewife Clue! Have some fun, spread the word, and thanks for celebrating my daughter’s 6th birthday with us. Now we’re off to spend the day with my mother-in-law. We’re going to take her out to eat, shopping for a present and just in general to HAVE FUN.

{This giveaway will run for 6 days, from noon Today, March 24th, through noon on Monday, March 30th! Comments will be closed at 12 noon, CST. **This giveaway is only open to U.S. residents since I will be shipping directly from Amazon.com, and those are the shipping restrictions listed for this item on their site – I’M SORRY NON-U.S. PEOPLE! REALLY!} 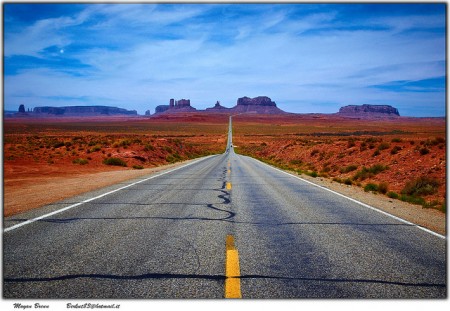 A Million Miles Behind

i would give this to one of myboys. Ethans birthday is friday (3-27) he will be three. and my oldest will be 5 in may. they are the perfect age for this game. and we love playing games

I love Clue! Our dog is even named Mustard after Colonel Mustard! I’d give the game to a friend’s kids who are 5 and 6. They are expecting a new brother or sister in August.

I would love this for future son/daughter co-play. oh yeah, I don’t know if you like ham…but here’s a cheaper meal source I figured out. There are usually coupons for hams (pre-cooked and pre-cut) around Christmas and Easter. If you are going to get one for the holiday meal, great. If not, shop for one a day or so after. There is a ton of stuff you can do with the ham and freeze. Lunchmeat, cube for used in omlettes, potatoes, all sorts of casseroles. I made four different frozen meals from my big Christmas ham LEFTOVERS, not counting the… Read more »

FUN!! I would probably give this to my daughter, but might save it for my neice for Christmas… I’d have to think about that one more… 🙂

I tweeted about your giveaway

I loved this game! 🙂 I would share this with my neice who is also 6 🙂

We are a board game family so this would be a great game for my daughter to receive. Thanks for the giveaway.

I would save it for my daughter. She’s not quite old enough to play yet, but she will be soon enough (she’s 2 1/2).

Terraâ€™s last blog post..Win a $20 GC to Born To Impress

I would give it to my daughter. She’s so into board games right now.

I’ve been taking care of a friend’s 3-year-old daughter. I don’t have that many toys and games to offer her. I’d love to win!! Thanks! –Michelle, blogattoday (^`at] gmaildotcom

I would give to my nephew Taylor he LOVES board games and it would right up his alley.

I tweeted about this giveaway: http://twitter.com/sweepstakesgirl/status/1395606350
–Michelle, blogattoday (^`at] gmaildotcom

I love Clue. I always wanted to be Scarlett…

Excited to hear about a “G” rated version!

I loved Clue as a little girl and my son just turned 6 – so we are ready to get playing. My daughter is four so I’d have to help her along! But it sounds like fun! Thanks!!

Courtneyâ€™s last blog post..God’s Presence and Footprints in the Sand

I’d give this to my kids. They love board games!

Email from Rebecca: The momma ate the cake in the living room at naptime with coffee, of course!

Email from Kristi:
Who – Momma!
Where – The Living Room
With what – Coffee
What time – Naptime