Why I Couldn’t Ever Audition For American Idol

Catchy title, eh? Well it is true. I wouldn’t. But first, let me preface this by making a confession.

I hate to admit it; I feel like such a follower. But it is true. Actually, the last two seasons I intended to not watch it, but Big Daddy wanted to and I allowed myself to get sucked in. I enjoy music, and I appreciate the difficulty and the pressure the contestants must face, and I like Simon. Yes, I do. Most of the time he is right, even if the audience doesn’t like to admit it. And when is isn’t, well you can’t please everybody all the time and he is entitled to his opinion, too.

Despite the fact that I tune in every week to catch the newest episode… as I said, I wouldn’t audition for it.

Reason #1 – I can’t get past the title. I can’t say “American Idol” without thinking about “you shall not make for yourself an idol,” ( Exodus 20:4). “Oh, now AI isn’t talking about THAT kind of idol…” you might say. I’m not going to speak for AI but I will say this: they call the contestants “idols,” they are searching for THE “idol,” and fans line sidewalks and auditoriums screaming their names and bearing signs pledging their support. Personally, that isn’t what I am looking for. I would love to have a career in music, but I wouldn’t want to get it through a show that has to call me an “idol” first to get it.

Reason #2 – They don’t want to hear about God. I know that other contestants in the past have mentioned their belief in God, and continued on to have a career in Christian music that resulted out of their exposure on AI. But if you have watched enough of it over the last several years, you would agree that: contestants who were especially vocal about their faith and sang some Christian songs didn’t last very long; every time a contestant sings a Christian song Simon calls it “indulgent;” and that some contestants who claim to be Christians have made it closer to the top but may have done so by being less vocal on national television. I’m not complaining, because they don’t claim to be searching for the top Christian singer – they say outright that they are searching for a pop star. However, if I were to enter a competition, I would prefer to enter a competition searching for a Christian singer – one in which I can openly give credit to God for the talents which he has given me.

Reason #3 – The show is man-centered. For a performer, pride is a constant battle. If I am not battling pride I am fighting low self-esteem (pride in another form.) Critique is necessary, for the need for humility does not negate the need for good technique. However, I imagine it would be awfully hard to walk the already thin line when one is constantly being told how good or bad they are. The focus is on the singer and how good they look and how well they sang and how many votes they get. I can’t imagine how hard it must be to maintain a level head in the face all that the contestants must go through.

I suppose the bottom line is that I feel these three arguments are more than just reasons not to audition, but three faults in the show, from a biblical perspective. I enjoy watching it, but I don’t tell many people that I do because I feel that I probably shouldn’t be. The show itself is a great representation of how television in general is an idol of today’s culture. This goes for my other two favorite shows, CSI and Grey’s Anatomy.

You might argue or think I am over-generalizing, but I think that allowing a tv schedule to dictate our nightly rituals or determine our routine is giving an inanimate object priority in our lives that it shouldn’t have. Even though I don’t necessarily rush home or skip other commitments to catch my shows, I do often allow the tv to keep me up too late since we record them and watch them later in the evening. If I cannot put down the remote control and go to bed, who is in charge – me or the tv?

Updated: Immediately after posting this, Big Daddy called me to the living room to help search for the satellite remote control. The entire household stopped while we all searched for two and a half hours and turned the entire house upside down looking for the lost remote so Daddy could watch tv. Need I say more? Alas, the remote was not found and suspecting our trash-obsessed Little Prince, today I even went so far as to dig through three weeks worth of trash bags just in case it might be found – but to no avail. I only have three things to say: the lovely aroma of decomp and rot, unidentifiable muck, and maggots. (Honey, I hope you appreciate how much I love you and what I just did for you.) The good news is that DISH Network has great hours and I’ve already talked to them and they are shipping new remotes on Monday. If we can just keep the peace in the household until then. I rest my case. 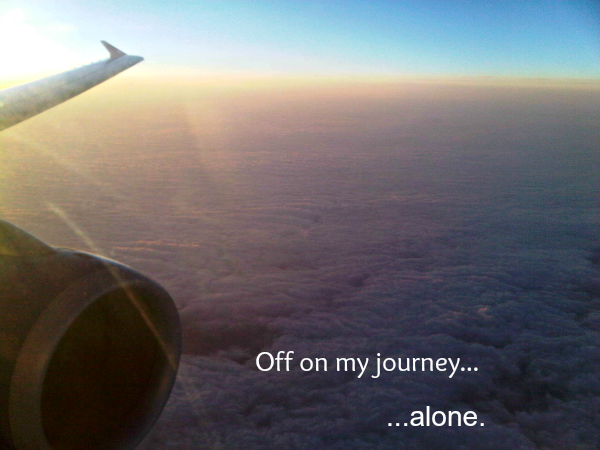 LOL – don’t do anything devious now, ya hear? 😉

AHAHAHA LOL our house would be turned upside down for the remote too!! Maggotts? Oh I’d say hubby’d be doing something sweet for me for a few days if I had to do THAT!! UGH. We don’t go out of our way to watch shows, but Grey’s Anatomy and Boston Legal are our late-night favs, and Extreme Makeover Home Edition is the Sunday evening family show. Dh put a small tv in our dining room, and turns on the news while we eat dinner. I can’t stand it, and wish the remote for THAT tv would get “lost”…. the power… Read more »

You’re too sweet. 🙂 Thanks for being that way! 😉 Miss you!

Funny….hope you’re surviving without tv this weekend! Our family recently participated in the National TV Turn off week, and it was quite interesting!! You can read about it at my site: http://julieblack.wordpress.com/2007/04/22/not-watching-american-idol/

We are still watching, but are trying to keep it at a minimum.

Have a great week,

Good grief. Now I REALLY feel like we watch a lot of tv! 🙂 You are all listing one or two shows. I think that since we can record them so easily, we actually watch more shows. We usually don’t actually watch them when they come on, but later in the evening. Whatever we don’t get to that night we will catch up on when there is nothing on or on a weekend. We (either Big Daddy or myself) record Heroes, American Idol, CSI Miami, CSI, Grey’s Anatomy, Without A Trace, House & Scrubs (not the current season, tho.) Sometimes… Read more »

American Idol and Gilmore Girls are really the only shows we watch. Other than that the TV isn’t on very much, except when we watch the news which is always depressing. We enjoy American Idol, even if there standards are what we keep.

Great post, great thoughts! We aren’t much into TV around here….except for LOST…can’t-miss-an-episode-EVER!!! Am I addicted? You bet! Would I put it over God or my family, NO way!! If I ever miss an episode, I just watch it online when I get a chance. I say “I” in all of this, but this is actually a show Jared and I enjoy watching together, he is just as hooked as me. I used to watch AI all the time, but I only watched 2 or 3 episodes this time. I don’t really know why, I just was uninterested this year.… Read more »