Children… are not quiet beings. They laugh, they talk, they giggle.. they argue and crash and bang and boom. And they have noisy toys. They click and they squonk and they beep.

Noise itself doesn’t bother me. Too much noise, too loud noise and most of all REPETITIVE noise really stresses me out! When the son grabs his talking toy and keeps hitting the button so that it says “Be-bomp-be-bomp-be-bomp-be-bomp..” over and over again, it only takes about 4 seconds for me to cry, “I need quiet!!”

Except for a whirring box fan, rustling leaves in a breeze, rain drops and softly snoring children, I like those. And one that you might not expect…. my wind chimes.

I really love wind chimes. Unless there’s a really bad storm blowing, they just blow gently and tinkle softly in the breeze and I think I like them so much because they allude to lazy afternoons with gentle winds and life lived without hurry. Sitting on a porch with no where to go, vaguely listening to the music of the wind, it’s the busy of the world that goes silent.

My husband, though, can tune out any noise the children can make. He doesn’t hear the noisy toys, the repetitive banging, whistling, blowing, squeaking, chirping, crashing, Sirening, Beeping, Booping, CLICKING, CLACKING of the kids!

It doesn’t bother him.

But for some reason that I can. not. fathom… he doesn’t like my wind chimes. “Their noise is annoying.” SERIOUSLY??

And it has become a thing for us. I will open the back door to find my wind chimes missing. SILENT. MIA. I’ll find them and hang them back up and a few days later he’ll realize it and take them down again. It’s become this 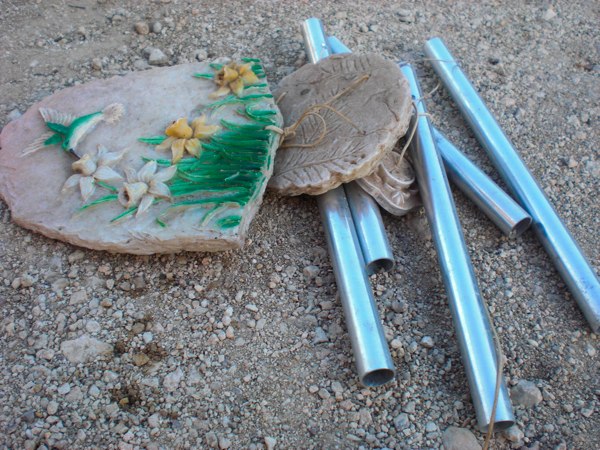 Lately, he has taken to hiding them more creatively. In fact when I went outside to photograph them – they were missing again. Duh-duh-duhhh. This time I had to look for more than five minutes. You’ll never guess where I found them. 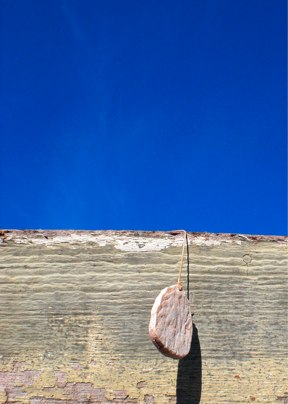 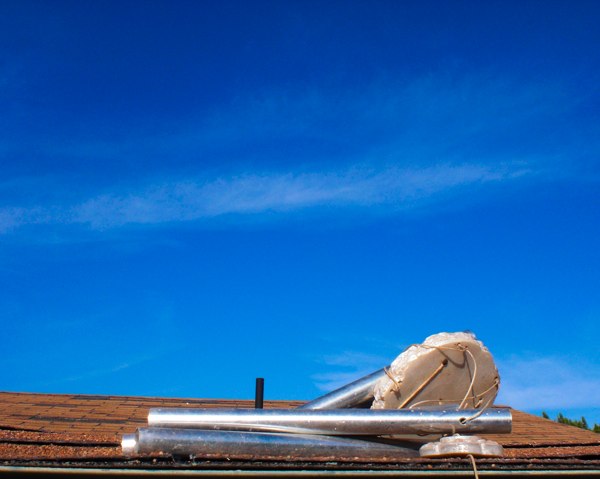 But I bet you can guess what I did with them. 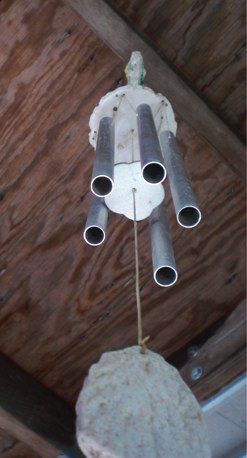 I wonder what he’ll think of next?

This post is a part of Michelle’s weekly photo prompt, Popinjay. This week’s prompt is “Silent.”

What is the opposite of God?

hahaha, I love it! I love that you two have found this simple way to tease each other in a silly, yet loving way.

P.S. I LOVE my windchimes too!!

Ohmygosh–this is the best!! I love it. I love my wind chimes, too. I don’t know what I’d do if Phil ever took them down!!

That’s hilarious, I love it! And thanks for the reminder about whirring box fans – what an awesome noise, I miss them.

Karina, Michelle – Thanks, y’all! It’s fun. (I don’t think it’s going to last much longer.. we’ll have to find something else to do.) 😉