For a long time.. no, I mean, a REALLY REALLY LONG TIME.. bed time at our house has looked (how shall I say this?).. kinda like a car wreck.

It was like herding cats. Or trying to stuff an octopus in a shoe box. Or corralling a troop of kangaroos on a trampoline.

Oh, I tried Routine once and I gave up on it. Reading bedtime stories to my kids was p.a.i.n.f.u.l. If I read to them all as a group, they argued/talked/played and so on. If I read to them individually, someone else was always getting into something they weren’t supposed to be getting into while I was trying to read. I would have rather pulled my hair out.

Seriously I think we’d tried just about everything in the book. There was, “everybody in bed by 9 or no story.” Didn’t work. They didn’t cooperate any better, they weren’t ever in bed on time. They never got a story and apparently they didn’t care.

At most we’ve had a good night here or there, maybe even a good week once in a while, but nothing ever stuck. It was out of control. Routineless. A THORN IN MY SIDE.

And I really, really, really wanted it to be a good thing. I had visions in my head of all these sweet rituals and stories and kisses and walking away and children nodding off to sleep with visions of sugar plums in their heads. Or something.

So after years and years of bedtime at our house looking a lot like a 2 hour session of the Whack-A-Mole game at the carnival.. one day I read a post by Ann Voskamp and it gave me an idea.

And I went for it.

So sometime mid January I put my kids in bed at 8:30. I pulled a dining chair into the hallway where I could see into both bedroom doors. I cracked open Mary Poppins. And I began reading. Everyone had already gone to the bathroom, brushed their teeth, had a drink of water and whatever else they could think of. Everyone had to stay in their beds and be quiet or Momma would close the book.

And do you know what? IT WORKED.

Night after night (almost every single night since then) we’ve repeated this ritual. Once or twice I had to close the book and put it down because they weren’t paying attention. (But they always pay better attention the next night when that happens.) 😉 And if they’re not in bed on time (or pretty close to it, I’m not super legalistic about the minutes) then they lose reading time, which I’ve also done once or twice and the threat of that is usually enough to get them moving!

Some nights when we’re done reading, I’ll read a prayer over them. Every night when I’m done I go to each of them, tuck them in and give them a kiss. And most nights we pray together (but sometimes we forget.) I’ve seen the prayers of my children (and especially my 5 yr old!) grow in amazing ways. Also, he boy is always asleep within minutes. The girls — well, they share a room and they still talk for a little while and we’re still working on that.;)

But overall.. bedtime at our house has been entirely transformed! We’re getting the kids in bed earlier, with less fuss and a lot more cooperation, we’re spending time together, enjoying the written word, they’re relaxing and calming down while I read and getting ready for sleep, they have less excuses to get out of bed (they still come up with a few), we’re praying together, they’re getting more (and better) sleep and I’m getting a quiet moment of rest in the evenings before I have to go to bed myself.

I don’t really think any one of these things is the magic ingredient, I think it’s all of them — though admittedly reading to them is the biggest piece of the recipe. It’s all the other pieces that help make reading time work, and that in turn makes our bedtime routine (FINALLY) successful.

Linked to Works for Me Wednesday at We Are That Family 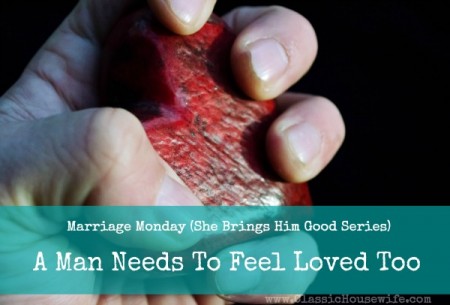 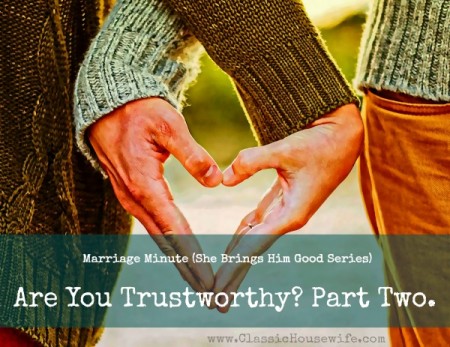 This is fantastic! What a great way to turn chaos (I say that in a nice way… because we’ve experienced it too) into calm. Thanks for sharing. 🙂

Glad to hear you found something that works. I may have to try this one in the future. We have a small house and I think it would actually work. How’s Mission of Motherhood going? I wondered about it.

What a terrific idea — and I thought we were the only family that used “herding cats”! LOL

Do you have a set amount of time that you read for, even if the kids aren’t asleep? If I read until my daughter fell asleep, I’m pretty sure she’d try to stay up as long as possible to be able to hear the book. But I might have to think about this – I only have one child (for another month, anyway) and bedtime is like you described. So I’m always looking for ideas too!

Jan, I wouldn’t have been offended about calling it chaos, even if you didn’t explain — it was! ;0) Finally getting control of the chaos feels great. So great. =) Creative2xMom – I actually put it down for a bit..(Mission of Motherhood). Between the Bible in 90 Days and doing The Love Dare with a group of ladies.. and increasing our chore and school time to be all diligent and stuff (and blogging, can’t forget that 😉 I’m having trouble fitting in any other reading. It’s going to have to wait until b90 is over for sure!! But I really… Read more »

Wow, what an awesome idea!! I just may try it. And you reminded me that I have been wanting to have my son pray, too (usually it’s just me).

Your post brings back a lot of memories for me. We let our kids stay up fairly late (9-9:30) back in the day because their dad didn’t get home until six and we wanted to make sure they had “daddy time.” But once it was bedtime, I wanted them asleep so dh and I could talk uninterrupted. Didn’t always work, but most of the time it did. I could hear them giggling up there sometimes but usually ignored it. Now I treasure the memory of that giggling because my kids are scattered across three states and don’t get to see… Read more »

I’m so glad it’s working! I only have one child and find it hard to imagine wrangling three, but I understand the magic of bedtime stories. Here are our favorite chapter books. We normally read one chapter, followed by a short devotional reading, and then if it’s not really late we read a little from the Bible. If he doesn’t get into bed on time, we skip the chapter and go straight to the religious stuff! 🙂

[…] have an urge to read more, read more to them, have them read more to me and each other, to seek out great books on areas we’re learning in […]