Do Homeschoolers Need to Be Socialized? 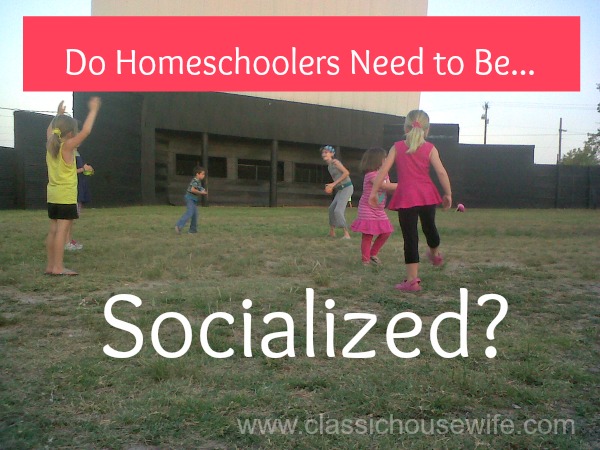 Don’t worry, I’m not going to get snarky, or mean, or sarcastic. I’m just going to throw a few thoughts out there.

But first, before we talk about “socialization,” we have to define it, don’t you think? I find that there are typically two definitions people generally mean when they use the word.

First, we have the dictionary definition:

Merriam-Webster: the process by which a human being beginning at infancy acquires the habits, beliefs, and accumulated knowledge of society through education and training for adult status

Dictionary.com: a continuing process whereby an individual acquires a personal identity and learns the norms, values, behavior, and social skills appropriate to his or her social position.

And then we have what I’m going to call the “common” definition:

Most often when people ask about socialization, they usually mean something like: “not weird, normal, not socially awkward, and like everybody else.”

This is really, really, very close to the dictionary definition, but there’s a slight difference between the two. One discrepancy between the two is that the first gives credit to the natural process that begins at birth while the second focuses on the here and now. Another is that a main concern of the second definition is one’s level of “normal” or “weird,” whereas the first definition allows for some individual personality within a larger social norm. You see what I mean?

Now, I have one last thing to say about this before I move on (because really, harping on the definition of socialization is not my main point.) I firmly believe that “normal” is relative, “weird” is relative, and that there are many normal and weird people produced from every walk of life. It’s not the schooling method of choice that most affects whether a person fits in with the local, social norm–socialization begins from birth and continues into adulthood. I think most people who ask about socialization are genuinely concerned that we are going to ruin our children by keeping them home for school. I really do. And that’s okay.

Recently, we took the kids to their first drive-in movie to see Disney’s Planes. Before the movie began, some kids were playing on the grass. I brought bubbles and balls for the the kids to play with while we waited. At first, all the little kids were playing in small groups, with their own friends or siblings. But when my kids pulled out the bubbles and balls the other kids kind of gathered around and wanted to play.

My kids didn’t miss a beat — my oldest asked the other kids if they wanted to play and organized a big game of catch. My kids offered to let the others take turns blowing bubbles. We all had a lot of fun. In some ways, it *was* weird. It’s not normal anymore to talk to your neighbors or make friends in public places like that. But kids are naturals at this. Kids make instant friends at parks and swimming pools. It’s what they do.

A month ago, we were at the swimming pool when my son saw a new friend he had just made at VBS the week before. They began playing catch with my son’s beach ball, having a lot of fun. Suddenly on the sidelines this little boy appeared, I hadn’t noticed him or seen where he came from. But just as my son caught the beach ball, the new little boy timidly asked, “Can I play?”

My son hesitated before throwing the ball to his friend, looked quickly from the him to the new boy, and made a split-second decision to toss the beach ball to the new kid instead–bringing him into the game. The three of them had a lot of fun playing for a long while, too. My son didn’t have to let him in the game, and some people might say “See? That’s just weird.” It is. I know it is.

But I am proud of my kids.

Yes, my 13 year old sometimes makes fashion choices that would have gotten me teased by my friends. Yes, my 10 year old tells the endless, pointless stories that got me picked on in public school. Yes, my son has his weird moments, too. As far as I can tell, that’s part of being a kid and growing up.

But they know how to make friends. They know how to reach out to others, how to care, how to help. They can be social with other people. They are learning to interpret social cues. They may not always be “normal” and they may sometimes be “weird,” but one thing is for certain: I’m not worried about whether or not they know how to be social.

Many people are concerned about whether homeschooled kids will be able to fit in and make friends. The truth is, fitting in and making friends is one of the easier parts of homeschooling. Worrying about preparing them for college, life and their God-given purpose is much higher on my list of priorities.

The other truth is this: everyone is weird. No, it’s true. Everyone has their own little piece of weird. I have friends who don’t like chocolate (weird,) who love to fly (weird) and who like sushi (also weird.) But see? Those things are weird to ME. And I’m weird to my friends who love sushi. =) But that’s okay. Because I love them, and they love me, and we don’t have to all be like everybody else.

So, the question is this: do homeschool kids really “need” to be “socialized?” Is this really something that we need to worry about? Or is this something that naturally starts at birth just by growing up in the home, city, state, and country that they grow up in? Discuss. 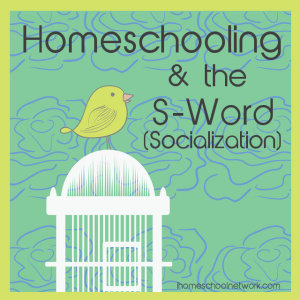 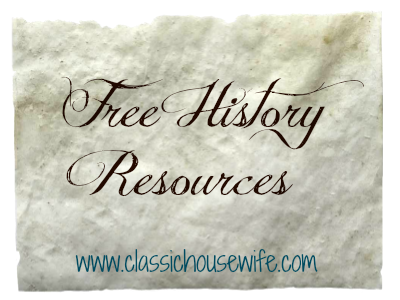 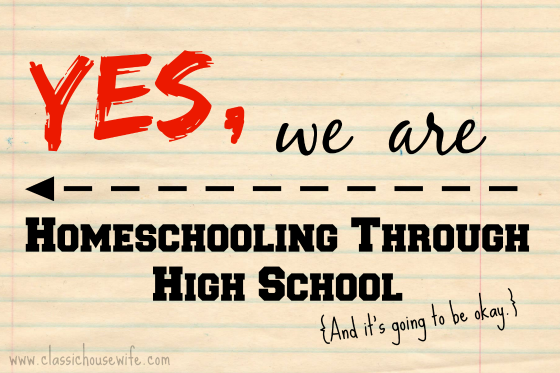 great article I needed this I am always going out of the way to socialize my kids and get them involved in everything. thanks

Yeah, there’s a difference between “socialization” and “relationships and activities.” Kids DO need friends and activities, but because they need them, not because they “need to be socialized.” On the other hand, I’m not a member of the “we need to go somewhere every night” camp either. I don’t want to be so busy with activities and friends that we don’t spend enough time at home. My main concern/goal there is just to make sure that they get time to build and grow their friendships and time to pursue their interests.

I get frustrated when I talk about my ambition to home educate and people ask about socialisation. I’ve even had people say “children need to experience the unpleasant social aspects of school so that they’re prepared for the workplace”. I can’t agree with this logic; bullying undermines children’s confidence and teaches them that their personal worth is based on others’ opinions. I want my children to become confident adults who know that their worth is inherent and that so long as they are pleasant, polite and acting in a way that they know is the right one, other people’s views… Read more »

When I was in high school, I knew three people who were homeschooled. Only one of the three were considered “normal”. The other two had major problems interacting with others our age. I became friends with them, one through church, and the other through high school band. While they were odd and awkward and didn’t relate to anyone else, I stuck by their side because a) I had spent enough time with them to know they were good people under their awkwardness and b) they needed at least one friend. I didn’t mind being that friend. The two who were… Read more »