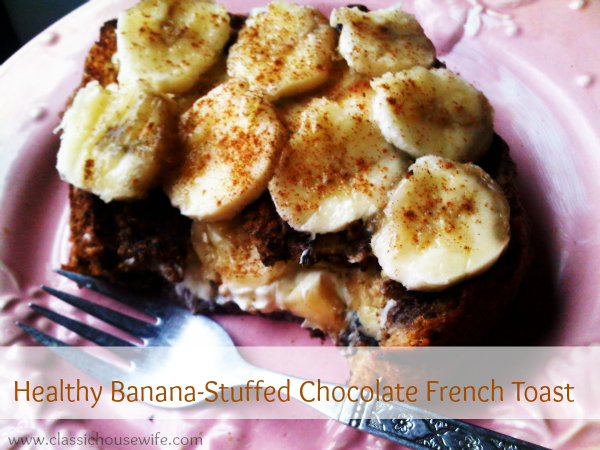 You don’t typically hear the words “healthy” and “french toast” in the same sentence, right? At least, not the way I normally make them–with sugar in the egg & milk dip, with enough oil in the skillet to get a nice sugary cripsy crust around the edges, and with plenty of butter and syrup. Tasty? Yes. Healthy? Notsomuch.

So on my “no added sugar” diet, I had to come up with a healthy, tasty way to make my french toast if I was going be able to participate in french toast breakfast with the kids. And you know what? I succeeded! Check out my healthy french toast recipe.

Mix the milk and spices in a small, flat-bottomed dish. Dip your healthy bread in the milk, to use the whole half cup for both slices. Slightly soften the cream cheese while you toast your french bread in a very lightly olive-oiled skillet. The toasting will turn the chocolate covered bread a very dark chocolate brown. Spread the cream cheese on one piece of french toast, layer banana slices on top, add the second piece of toast, layered with the rest of the sliced bananas and sprinkled with the remaining cinnamon.

Made with the bread listed above, this recipe will give you 371 calories, 57g carbs, 6g dietary fiber, 13g fat, 13g protein, and numerous vitamins and minerals. And not a single drop of added sugar!! That’s a great calorie total for the main portion of a breakfast, and a good number of healthy carbs for energy to start your day. It’s a little low on my goal for protein for each meal, which could be easily fixed with a side of bacon, or made up for with a high protein lunch, either way.

This was such a tasty way to get a healthy breakfast without adding sugar!!

For more tips on eating sweet without adding sugar: 8 Ways to Cut Sugar Out of Your Diet (And LIKE It.) 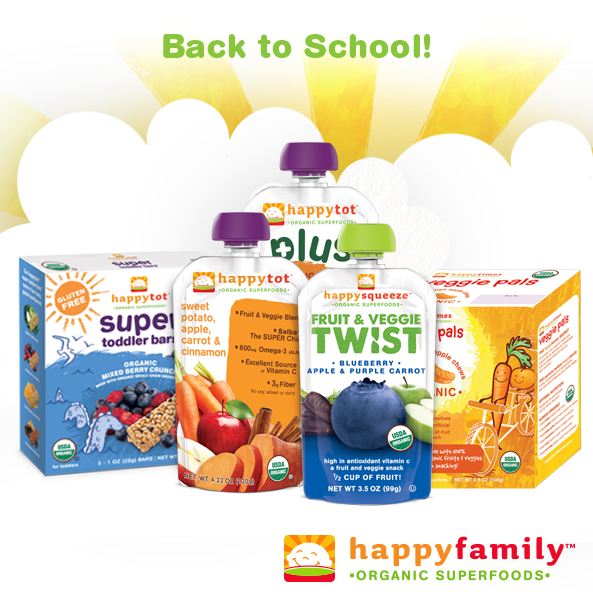