A Full Shopping Day with Nanny

Whew! Today we went with my MIL into the city to get some more fabric for a project she is working on and while we were up there we also stopped at JoAnn’s because they were having a really good sale. The place we went was almost an hour and a half away – and we were gone for nearly TWELVE HOURS! But boy did we have a lot of fun!

I didn’t plan on spending any money, but of course I did (we were just there to keep my MIL company and in turn she was going to buy us lunch.) Right. =)

At JoAnn’s I bought some more bead & jewelry supplies. I’m going to try making some new bracelets to sell in my Etsy store (the other ones never sold, I thought I’d try again.) I also bought some things to make some new beaded bookmarks. The one I made and gave away on my other blog seemed to have a lot of interest, and a similar one I made for a friend’s bday gift was well received.

Hubby doesn’t get it, but I do like making things with my hands, and jewelry making is something I’d like to learn more about. I also bought some things to make a necklace for myself, in which I’ll need to learn to make little dangles with the little pin things. (Yeah, real technical, I know.) Yes, it’s something for myself, but it’ll give me practice with a new skill and then I can make things like that for my Etsy store, too.

While we were gone, we ate out TWICE. I behaved myself pretty well at Olive Garden – which is saying a lot because I love Italian food!! The meal I ordered was some apricot-chicken something or other with broccoli and asparagus – no pasta. So the only carbs & sugars I ate were the two breadsticks, the apricot sauce, and my raspberry lemonade. I’m sure it was still more calories than I realize overall, but the bulk of my meal was veggies and that’s a good thing, right? Right?? 😉

On the other hand we ate at IHOP the 2nd time – and as much as I love Italian food, I LOVE breakfast food. I could eat it anytime of the day. I figured I only had a granola bar for breakfast, I behaved well at lunch and I hadn’t had a snack which I usually do have so I splurged a little (okay a LOT) on the Stuffed French Toast combo with scrambled eggs, hash browns and sausage (I only ate half a sausage.)

I ate the whole thing with two cups of coffee and a glass of OJ. Well, except for the one and half sausage which I gave to Drama Queen.

Yes, if we were to participate in a eating contest where breakfast were served, I just might be able to take home a trophy.

After that we had a long drive home with the kids asleep in the back of the car. My mother in law and I got to talk together a lot today, which we haven’t done in a while and it was nice. I really enjoyed it.

Oh, and at JoAnns I bought a few more fall decorations. I couldn’t resist. They were on sale (!) and I had been looking for some little gourds or something to go on my table. I got a few of those and some cinnamon scented pinecones, too. YUM! I’ll have to post a picture of our dining room soon, that’s where most of our fall decorations are.

So now it’s one o’clock and I should really be sleeping because tomorrow the kids and I should leave around ten thirty to head to the metroplex again (but different city) to visit Mama Nut and take all three kids to dentist appointments. Yes, tomorrow we get to be out all day again. Fun. The good news is that not only do I get to visit with my friend but she is feeding us tomorrow so we won’t have to go through any drive thru’s and eat those high calorie, high-fat foods. 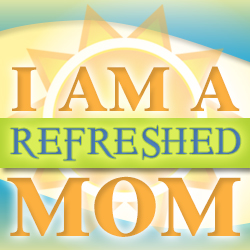 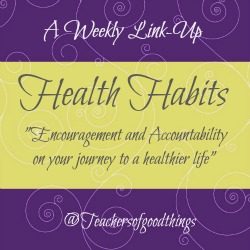 I HEART Olive Garden too! Hey, why didn’t you invite me to come?!!

please please please help a sister out…. where in the world does one find a fabric/craft store here??? feel free to email me if you wish… i’m desperate for some mod podge! and fabric would be nice, too!

That’s a lot of pressure on me ya know. 😛 I’m only responsible for the lunch menu… Hubby is making the dinner tonight and I doubt it’ll be so calorie friendly…