You Can’t Believe Everything You Read

There’s a lot of stuff floating around the internet and speeding its way through emails that just plain isn’t true. This, apparently, isn’t one of them. This is a direct quote from Snopes. Take it for what it is.

Claim: The 2007 film The Golden Compass is based on a series of books with anti-religious themes.

Origins: The Golden Compass, a fantasy film starring Nicole Kidman that is scheduled to be released into theaters on 7 December 2007, has been drawing fire from concerned Christians. The film is based on Northern Lights (released in the U.S. as The Golden Compass), the first offering in Phillip Pullman’s His Dark Materials trilogy of children’s books, a series that follows the adventures of a streetwise girl who travels

through multiple worlds populated by witches, armor-plated bears, and sinister ecclesiastical assassins to defeat the oppressive forces of a senile God.

Books of the trilogy have sold more than 15 million copies around the world, with Northern Lights winning the Carnegie Medal for Children’s Literature in 2005 and in 2007 being awarded the ‘Carnegie of Carnegies’ for the best children’s book of the past 70 years. The Amber Spyglass, the final book of the series, won The Whitbread Prize in 2001, making it the first children’s book to do so.

The series’ author, Phillip Pullman, is an avowed atheist who has averred that “I don’t profess any religion; I don’t think it’s possible that there is a God; I have the greatest difficulty in understanding what is meant by the words ‘spiritual’ or ‘spirituality.'” Critics of Pullman’s books point to the strong anti-religion and anti-God themes they incorporate, and although literary works are subject to a variety of interpretations, Pullman left little doubt about his intentions when he said in a 2003 interview that “My books are about killing God.” (Conservative British columnist Peter Hitchens labeled Pullman “The Most Dangerous Author in Britain” and described him as the writer “the atheists would have been praying for, if atheists prayed.”)

Bill Donohue, president of The Catholic League, has condemned The Golden Compass as a “pernicious” effort to indoctrinate children into anti-Christian beliefs and has produced a 23-page pamphlet titled The Golden Compass: Unmasked in which he maintains that Pullman “sells atheism for kids.” Donohoe told interviewer John Gibson on 9 October 2007 why he believes Christians should stay away from the film:

Look, the movie is based on the least offensive of the three books. And they have dumbed down the worst elements in the movie because they don’t want to make Christians angry and they want to make money. Our concern is this, unsuspecting Christian parents may want to take their kid to the movie, it opens up December 7th and say, this wasn’t troubling, then we’ll buy the books. So the movie is the bait for the books which are profoundly anti-Catholic and at the same time selling atheism.

Other critics, however, have described Pullman’s works as being more generally anti-religion rather than specifically anti-Christian or anti-Catholic:

In “His Dark Materials,” Pullman’s criticisms of organized religion come across as anti-authoritarian and anti-ascetic rather than anti-doctrinal. (Jesus isn’t mentioned in any of the books, although Pullman has hinted that He might figure in a forthcoming sequel, “The Book of Dust.”) His fundamental objection is to ideological tyranny and the rejection of this world in favor of an idealized afterlife, regardless of creed. As one of the novel’s pagan characters puts it, “Every church is the same: control, destroy, obliterate every good feeling.”

The URL for this page is http://www.snopes.com/politics/religion/compass.asp

Urban Legends Reference Pages Â© 1995-2007
by Barbara and David P. Mikkelson
This material may not be reproduced without permission. 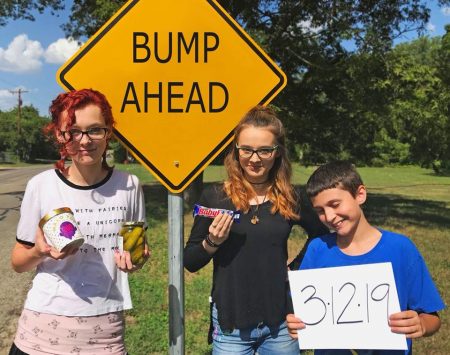 And Baby Makes Six (Midlife Baby on Board)

My questions to all on this topic is: Are the Christian groups upset because this movie may undermine the profits of the next Narnia sequel? Because this author did not give out free preview tickets to as many churches around the country that they could. Are the Christians upset because he’s not donating money to their needs and he may upset the box office revenues when Narnia is released? Come on folks teach your kids to understand the differences and take an active role in parenting and educating your children in lieu of listening to propaganda from others. I am… Read more »

Hi, Drew.. I think the main concern is that this movie isn’t compatible with Christian beliefs and you just can’t tell that from movie trailers alone. The commercials are deceptively void of content and full of rich cinematic images and fascinating effects that actually do look very well done. The second concern is that the movie is claimed to have been ‘softened’ in comparison to the book. So whereas, some parents might watch the movie and decide it is tolerable they still might have issues with the books. It’s simply a matter of making an informed decision. A decision that… Read more »

Wow! Thanks for the heads up. I’ll be sure to pass this along to my friends at church. We need to continue to nurture our children in the ways of God, not allow them the watch things considered entertainment. “Entertainment” is the easiest way for the devil to trick us. I love your posts.
Slawebb

[…] You Canâ€™t Believe Everything You Read of England. He s an atheist and his objective is to bash Christianity and promote atheism. I […]

Hi, Kelsey. Thanks for commenting. Yes, I do see where it says “collected via email.” And while I certainly respect the ability for rumors to begin and explode through hearsay, the whole point of the Snopes article is to determine whether or not what is circulating the internet is fact or fiction. Rest assured, my intent is not to bash books or movies that I haven’t read or seen. My hope is that parents will have enough information when deciding whether or not to allow their children to see them. What they decide is up to them. To be fair,… Read more »

Does no one but me see where it says “collected via email?” I have read the books multiple times, thoroughly enjoyed them, and although it made me ask questions this series left me stronger in my faith than I was before. This article is complete hearsay. There is not one direct quote from the author or the book. I can tell you honestly that the word “circumcision” is used in the book–but only in one conversation, where it is protrayed as something disgusting and wrong. What takes a more prominent role is the practice of INTERcision, which cuts away the… Read more »