How do you do homeschool when Momma needs a sick day (or five)? For us, it depends on exactly how sick Momma is, what Momma needs, and whether or not we can afford to take a day or week off.

Last week I just felt exhausted, achy and run over by a truck. I didn’t feel pukey or extremely ill I just felt like I needed to sleep. A lot. Well, it’s really hard to teach when you’re sleeping! Hubs and the kids also ended up feeling nappish, having sore throats and generally just not feeling well by the end of the week, so I suppose we passed some kind of mild germ around. =\

We started off doing a real day of school in the school room on Monday, but the rest of the week we adapted our schedule, stayed in the house and did what we could do. And I napped frequently. Some of it we did on my bed. Some of it we did curled up on the couch. I have no pictures for the week, but I do have some exciting highlights!

Exciting highlight number 1, at the very top of my list: We received Princess’ new math curriculum, Teaching Textbooks 6, mid-week. Princess and I were both excited to open it, install it and try it out. She did the first two math assignments immediately, and not only did she NOT whine, but she ASKED to do the second one! While the new very well may wear off, it didn’t wear off the second day or the third day either! She did 2 lessons the next day and would have done 2 lessons on Friday if I didn’t remind her she had to finish up early for some other obligations she had. We’re both enjoying this and I hope that even when the new does wear off, she at the very least doesn’t hate doing her math lessons. 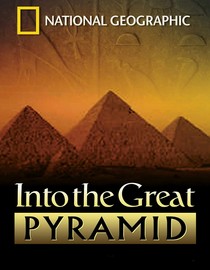 We didn’t do much history this week but one thing we did do was scour Netflix for documentaries that we could watch online that would correspond to our history lessons. Last week we learned about Stonehenge, monoliths, the Tower of Babel, Early Egypt and pyramids. We found a very interesting documentary on Netflix called “Into the Great Pyramid,” by National Geographic. It was actually a very interesting documentary, not too dry for the kids to get into, and corresponded with a lot of what we learned last week. Even the 4yo (who was in out and of the room while we watched it) enjoyed seeing what it looked like on the inside of the Great Pyramid at Giza. Using Netflix to our homeschool advantage was something I’d planned on doing this year, but this was the first time we did. I hope to remember it and use it to supplement our history lessons more in the future.

Drama Queen and I have been working on her habit of scribbling all over her worksheets as she works on them. I’m not talking about little pieces of doodles.. She really scribbles and scribbles. It really makes it very hard for me to read and grade them. This week we worked on that quite a bit, and I was so proud of her when she finally turned in a math worksheet with hardly a stray pencil mark on it. I kind of can’t blame her because I’m pretty sure I doodled in the margins of my math work, too, but I’m also pretty sure that I never completely covered them in lines and squiggles. I’m proud of the work and effort she put in this week on turning in a neat and tidy assignment and giving it her best.

Little Prince, who being four is allowed to come and go with school work as his attention span allows, who consequently spends a large amount of time playing with play-doh and drawing (which is fine by me,) has been showing more interest in the way the letters work together to make words. He’s been asking me how to write things and this week we did several preschool worksheets from start to finish without his attention span giving out on them. I printed the first booklet from the Progressive Phonics website and we’ve read through it a few times. It didn’t take him long to remember which word was which. I have a feeling there’s going to be a lot more reading practice in the near future. We may have another reader in the family soon. =)

The kids spent a lot of time drawing and painting this week, which they really enjoyed. Imagine my surprise when one girl said to the other – “that’s an abstract drawing.” Stunned I asked, “How do you know what that is?” The child replied, “From Caillou.” Who knew something could be learned from that whiny cartoon? (Yeah, I don’t like it much.) And wait — when did they watch THAT?? I guess I slept through that one. =p

All in all it was a pretty good week, all things considered. Even though we didn’t do every subject on every day, didn’t do it out in the school room and didn’t stick to a schedule, it was almost better than the previous week (in which we did do every subject every day and stick to our schedule but with a great deal of attitude and dragging ourselves through it.) After two off weeks (one in one way, one in another) I’m really hoping that this upcoming week is going to be a really good one!!

This post has been happily submitted to Weekly Wrap Up at Weird, Unsocialized Homeschoolers. 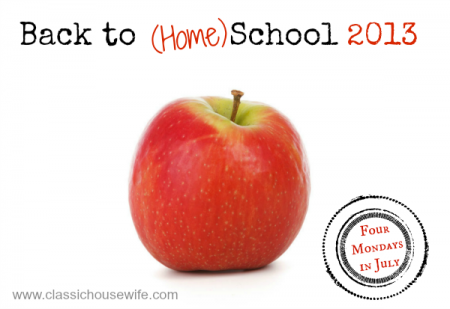