We like books around here, and with my kids’ penchants for picking up books at the thrift store or the Dollar General, we started having a little bit of a book overflow issue.

Since we no longer do school in the corner of Little Prince’s room, there really wasn’t a reason the tall bookcase had to be in there, so I decided to switch it with the short one in the girls’ room. To trade them, I had to do this: 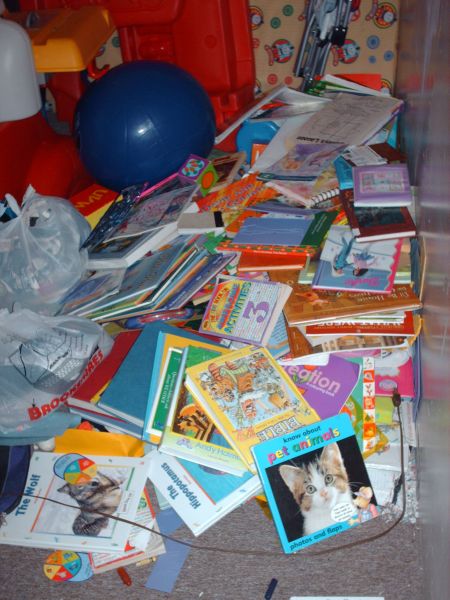 That’s the pile, the whole pile and nothing but the PILE of books. There are board books, story books, notebooks, coloring books, girl books, boy books–books, books books. I began sorting out whose was whose, purging some into the trash, and adding a good number into the donate box. At one point, it looked like this: 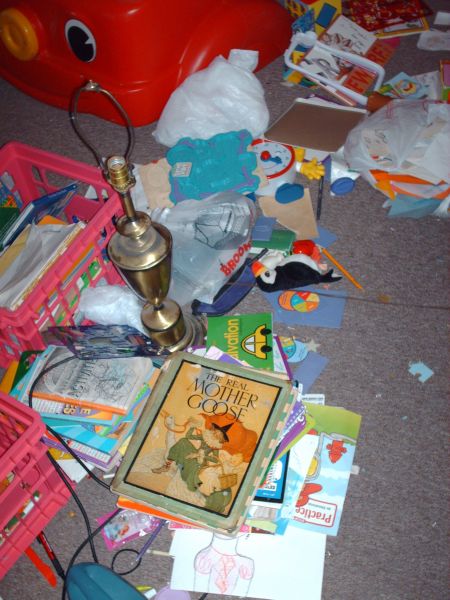 At that point I wasn’t really convinced it looked any better because there were piles o stuff everywhere! Why does it always get so bad when you’re trying to purge and organize and ultimately make it better?

But in the end it DID get better. And here’s the end results. 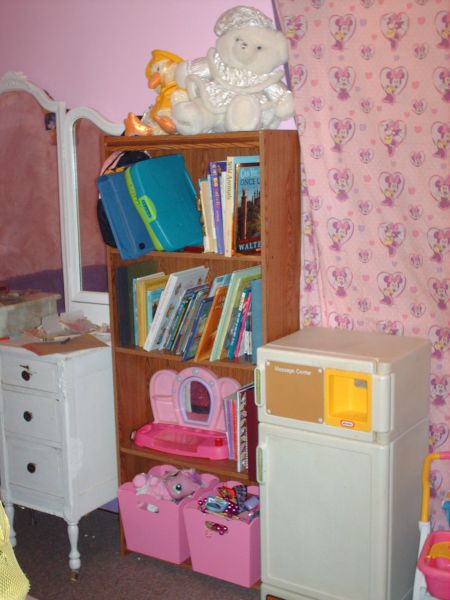 And the little one got moved into Little Prince’s closet: 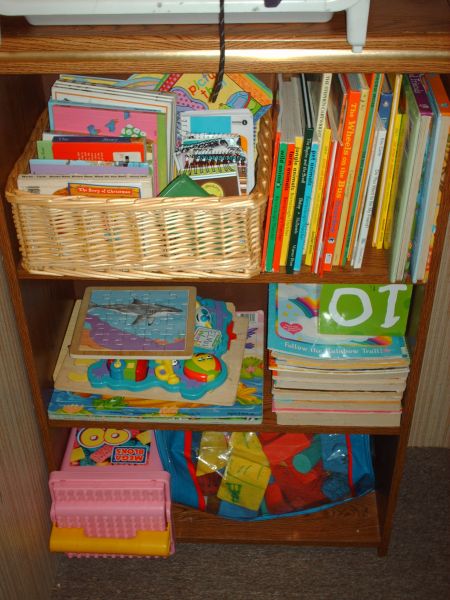 His closet isn’t the least bit crowded and it opened up all kinds of floor space for his room which is neat because it had always been so crowded when it was half school room. The same day I also tackled his toy box and purged a whole trash bag of toys to be passed on! Yay!

Now it’s time to do the girls’ toys. I see a future Tackle it Tuesday post. 😉

Tackle it Tuesday is hosted by 5 Minutes for Mom.

Sponsored Link: DeClutter Fast! Get Your Home in Order.

Oh, this is inspiring. My husband says that organizing is our love language. 🙂 I have a 3 huge donate bags ready to go to Salvation Army sitting in our mudroom – I start feeling suffocated by stuff and it has to go!

Your never ending ideas for rearranging amaze me! I am so not that kind of a thinker!

LOL. I hate cleaning. Organizing and rearranging helps me feel more motivated about the cleaning part. 😉