I open the door as the sun is just slipping over the horizon to let in the meowing cat on the other side; morning is here and Austin is ready for breakfast. With coffee still brewing and my glasses still on the night stand, I notice a white spot on his side that looks like a clump of snow stuck to his fur. When I try to brush it away, I realize:

It is not snow.

It is a pirate eye patch, white skull gazing up at me.

Austin wears it over one shoulder and under one arm, draped across his body as a woman might carry her purse in a crowded mall. The patch adorns his side like a badge of honor. Apparently he’d been bestowed with that honor the previous evening and had been out and about bragging and showing it off all night.

I forget about it for a while, but I remember when I see my son playing with his pirate patch…

“Hey, Daddy?” I say, “Guess what I found on Austin when he came into the house?” Everybody turns to listen in as I say “A pirate patch!” I tell them the rest of the story before I jest: “I think it was probably the 9yo, she must have done it.”

My husband, ever the tricky parent, doesn’t ask “did you do it?” but instead asks, “So why did you put your eye patch on Austin, son?”

My son, without missing a beat tells us all matter of factly:

So there you go. I imagine Austin might make a very nice pirate captain indeed. ; )

Bringing the Kids Together With Playdoh – WFMW 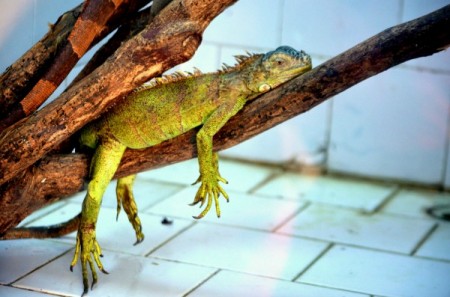