There are so many different methods, resources, approaches, etc, for homeschooling — it can make a newbie homeschooler dizzy! Or even some of us who’ve been at it for years. I bet every homeschooler can list at least a couple of things they tried that they didn’t like, or didn’t stick with for one reason or another. (Take lapbooking — I really like the sound of it but we just never got into it. Nothing against lapbooking, I *still* sometimes delude myself into thinking we can give it another go!)

On the other hand, sometimes you see something that you think you *won’t* like, or you don’t fully get it, or whatever, and so you skip it–only to come across it again later and then love it! Such is the case, for us, with notebooking.

I first started seeing freebies for notebooking on Currclick. (I have way too many freebies from Currclick, will I ever use them all?) I’m not the kind of person to grab up EVERY freebie, but I did download a few of them because I wanted to know what it was. And it was just a blank page. With some lines. And a box. And I didn’t get it. “What in the world IS notebooking anyway??” Somewhere along the way I finally figured out that it was kind of like journaling what you learned from your lesson, but it wasn’t until we started using Apologia science last year that we had our first real experience with it.

Last year we started using Apologia Anatomy for our first group science class. After downloading some samples, I decided to go ahead and get the notebooking journals… “Surely I can figure THIS out!” I admit that at first we were all a little lost. The girls looked at me in confusion.

“You just write down things that you learned.”

“Well, no, the main stuff. Or maybe pick something really cool you didn’t know and write about that — I dunno!”

It didn’t take long for me to figure out that (then) 7 soon to be 8 year old Drama Queen wasn’t going to take to this whole “writing lots of words” thing. And at that point, Apologia hadn’t come out with the junior journal for astronomy, so most of the time she actually dictated and I wrote. And I figured that was okay, because she was retelling what she had learned and that was going to help her remember the lesson just as well as writing it.

It also didn’t take long for me to figure out that I had this whole idea in my head that everything was going to be filled in and it was going to be pretty and we were going to have this neat little keepsake for the end of the year — or that the idea in my head wasn’t actually going to happen in reality and I needed to loosen up and let it go. Yes, I did encourage the girls to be neat, but I did not need to enforce my vision of perfection on them, either. Overall, I would say that our first year of notebooking went very well, and I decided to continue and expand that even more this year.

This school year, we’re still doing Apologia science, and they *do* have a junior notebooking journal which makes it easier for Drama Queen, I have plans to add notebooking to our Mystery of History lessons as well when we switch over to the next book, and Princess has a notebook/journal for her “Who is God” worldview curriculum. We’ve gotten more comfortable with notebooking but it’s still pretty new and we still have a lot to learn! Just last week I found a tip on Notebooking Fairy to have the kids create word banks while listening to the lesson and then use the word bank while doing the notebooking. We tried it this week (as we were reading I told them when to write down a word and later they used the list to remember what to write about) and it helped so much!

Other things I’ve learned that have helped us are:

1) To adjust my expectations for each child. They have different strengths and weaknesses let alone ages and personalities. My middle daughter wears out faster while sitting and writing and needs to get up for breaks.

2.) To require the little ones to do less, only as much as they are able, and the older ones to do more, challenging and pushing them just a little.

3.) To factor in learning style and interests/abilities. I ask my artsy older daughter to put in more effort on her illustrations when she slaps a stick figure in the box. I ask my less-attention-to-detail middle daughter to pick a few things to write and use this as an opportunity to practice neat writing and neat presentation (no scribbling on the page) and to do the best she can with the illustrations but not worry about it to much. And I let the little drawing boy only draw illustrations if he’d like, preferably dictating a sentence to me to write, and maybe copying the sentence as well if he’s willing to.

4.) Let them use the book! It’s not a test, it’s a journal. If they remember “the guy who did the thing” but can’t remember his name, let them look it up! There’s a good chance they’ll remember his name the next time.

1.) Causes the child to immediately recall what they just read/heard/learned. Thereby strengthening their memory and recall of it.

2.) Utilizes LISTENING, READING, and WRITING (and sometimes TELLING!) and I think that things are best learned when more of the senses are involved.

3.) It’s more relaxed and fun that worksheets and quizzes! Though the Apologia science notebooks DO have some questions to answer, sometimes crossword puzzles or diagrams to label.. my kids LOVE those extra pages.

4.) Keeps a visual record of what they are learning — AND they’re growth as a student as their writing, handwriting, inclusion of detail, illustrations and overall presentation improves.

Notebooking may not be for everybody but I think most everybody can utilize it to some extent if they want to, no matter which homeschool method, curriculum or style they use. You don’t even have to have a fancy journal, just pick up a composition book (or one with a ruled lower half and a blank upper half for a drawing) and let your kids write about what they learned. You can throw in some questions on your own, or ask them, for example, include a labeled drawing of a cell, or a labeled picture of the parts of a flower, etc.

Either way, this is how we’ve been using notebooking at our house. We like it. And I think we’re going to like it even more as we get better and pick up more tips to make it easier and more useful than it already is.

Updated to add: Check our new resource for notebooking!

Visit NotebookingPages.com to learn more about their memberships
and their new web-app, The Notebooking Publisher™

For more “N” posts, head over to Dawns’ @ The Momma Knows. You can find all of my ABC posts here. 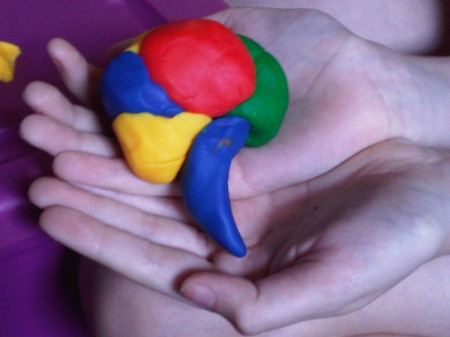 I love the IDEA of notebooking, but my boys CAN’T DO IT. We are working more into the writing aspect of things, using IEW’s Student Writing Intensive programs. The enjoy them because, like a word bank, they use a keyword outline which gives them the WORDS to include. Eventually I want to get to notebooking but right now we are still working on translating words to sentences and putting them on paper! 🙂 I love it though, NOTEBOOKING will be on the agenda eventually!

Amber, thanks so much for linking to The Notebooking Fairy. I’m glad the post about word banks helped. It can take quite some time for children to learn how to notebook. And you are wise to adjust expectations based on age, maturity, and preferences. I love you thoughts about notebooking here. Really great ideas for those new to it.

Thanks!
(P.S. — I haven’t forgotten about your email, and hopefully I’ll get around to filling out the questionnaire this weekend! I have a RELAXING bloggy to-do list to fiddle around with tomorrow afternoon. We’ll see.) =)

[…] teach your kids through Notebooking, […]