Memories from the Deep

I often say that I don’t remember much from my childhood – perhaps what I really mean is that I don’t think I remember as much as I should, though I don’t know why I think I should. There are little fragments of memory floating in a sea of grey, drifting aimlessly in my head. Some of them pass by at the strangest of times, coming to mind for no apparent reason. Others can’t be found without dredging the deeps of those murky waters, fished out of the grey incomplete and misshapen.

Three memories. Random to be sure; tied together only by their subject. Three memories that wouldn’t be connected together in any other way were it not for the one piece that I could remember.

The first comes hazily, visions of an empty house – I know not where, I know not when. I want to say that I was about five years old, (but I have no evidence for that except that I we were in California and we moved from there when I was six.) My brother and I were sitting in the front room, a living area devoid of furniture, occupying our time there by coloring in new Christmas activity and coloring books. This clue is deceiving, though, for I have the feeling that it was not really Christmas time – their anachronistic presence obvious to my 5 year old self in that time and place. And there is nothing else. This one little image of myself, coloring and enjoying the look of a brand new white crayon against the off-white coloring page floats away as quietly as it came, and is tossed by the gentle waves of the murky, indeterminable waters in sea of half-memories.

Another fragmented image comes along, and I have a box of 64 crayons in hand, searching for the perfect shade of green as I color the Emerald City in a Wizard of Oz II coloring book that isn’t mine. My brother is there and we are not alone, but the person/child next to me has no face. We hadn’t seen the movie and the storyline, the robot man, the men with wheels on their feet made no sense at the time. There are others there, too, family. Undoubtedly we were together for the holidays – Charlie Brown only comes on tv during the holidays. But which one, which one? Charlie is mute, he will not say, Logic tells me it must have been Thanksgiving. Our largest family gatherings during my early years were always at Thanksgiving. But logic has no place here. Charlie, Tic-Toc and the Wheelers are lost to the sea like ships without a compass to guide them or a rudder to steer them.

A third memory, a third coloring book. A giant, 3 foot tall 2 foot wide coloring book we had begged for at Sams. That fact reveals I was somewhere between 7 and 10 but the exact timing escapes me. We took our beloved coloring books for a summer visit with my great-grandmother, and my aunt who was living with her and helping her insisted that we completely color a single page before moving on to a next. The pictures were so large that I’d get bored and want to work on another for a while before going back to the first one. But my aunt’s color book policing frustrated and angered me so much that I quit coloring in that book all together, deciding that I would fiinish it when I returned home. But then that coloring book disappears from the rest of my memory. Did that book, that I loved so much, go back with me? Did I finish it? And of the contents, I remember nothing. No happy scenes with big smiles beckoning me to fill them in with color and life. The pages are blank, and the book is forever stuck in that moment – the anger of a child over perceived unfair adult intervention.

And where do these half-truths go, what do we make of them? They sink like ghost ships to the bottoms of the grey waters. Mostly unthought of until they catch on some other memory and are brought to the surface again. What other  memories lie on the bottom unseen, unsurfaced without a hook to which they might cling and be remembered?

What fragments do you harbor, docked forever in a broken port or sleeping at the bottom of a murky sea? Or perhaps your memories float in clear waters, their paths easily marked and unweathered by time. Do you travel these waters with ease or like myself, do you sail these waters a pirate captain attempting to take captive every thought-ship as it passes, looting the random memory for everything that can be gleaned and, being disappointed in the take, return the thought-ship to it’s depths, lost in the “Davy Jones locker” of memories. 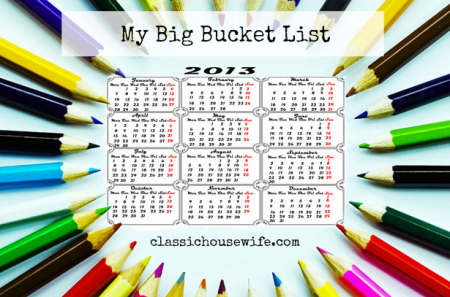 I love this post! Love it! The imagery is so vivid that I can see the coloring books as well as the haze that surrounds your memories. I can even see the red tint of your anger and furstration with your aunt. What a fantastic post!

Like Karina, I love the imagery of this post. Very well done! Memories are interesting things. My earliest full memories are from when I was about 4, and my family lived in a suburb of Athens, Greece. I remember visiting the Parthenon, our weekly trips to the street market (especially the donuts!), picking tangerines off of public trees to eat them, and the fact that our apartment’s floors were all marble (beautiful, but cold and slippery!). I’ve also been thinking lately that as a parent, some of the most important parenting happens between, say, one year old and 4 years… Read more »

Amber…You have such a creative writing skill…You are one very talented young woman….thank you for sharing…and as a older woman….write them down…because the “sea of mirky memories fade even more…” but it is funny when i talk to some of my high school friends…we all have memories…and they include each other…but they are different!!! Bless you little mother

Jeni, Karina – thanks! I think I’m finally finding my blogging voice – realizing that my strongest is my narrative voice. Otherwise I just get too rambly and long. 😉 Elaine – HUGS! (And I AM writing this down, I’m blogging it! =P ) P.S. – Mom thinks #1 was probly at an aunt’s house and I was six. And the timing would confirm it was indeed, not Christmas but at least a couple months after. 😉 I’m not sure if we’d received the books for Christmas and hadn’t colored in them very much– probably… because I remember getting a… Read more »

What’s clear to me is you thoroughly enjoyed writing this! It’s over-flowing with vaporous detail, which is paradoxical in its own way. Thanks for passing it along…my own mind is drifting to half-remembered memories and a certain fondness for Crayola’s box of 64–WITH built-in sharpener!! 🙂