I think the Bible has a lot to say about Self Control – don’t you think so? We are to practice self control in so many areas, too. We are to be controlled in our temperament, not given to angry outbursts. We are to keep control of our tongue, not given to gossip, slander or otherwise hurtful words. We are to practice self control in regard to temptations and unhealthy behaviors. Our spirit wars against our flesh in this battle for control – never able to fully overcome our humanness but nevertheless practicing to become better at it over time.

I constantly feel this struggle for self control: not snapping out that angry word, not eating that last cookie, not acting in hurt or anger. I’m always at war. Like any war, the fight is won through many little battles, one small victory at a time. And these are not battles I can win on my own in my own strength, I need reinforcements!

I see this battle play out in my marriage, too. Not only do I need to practice self control to avoid sinful responses like angry words and selfish actions but I also need to practice self control to actively DO positive and good things. These tie together in ways like, not spending so much time on the internet that I don’t get the laundry done, or not making supper late because I was feeling lazy. All of the issues that we’ve talked about so far stem from this issue of practicing self control in each of the positive traits that we’ve discussed and their sinful counterparts.

You’ve probably heard of the “put off and put on” principle, which stems from the second half of Ephesians 4, specifically verses 22-24.

17 Now this I say and testify in the Lord, that you must no longer walk as the Gentiles do, in the futility of their minds. 18 They are darkened in their understanding, alienated from the life of God because of the ignorance that is in them, due to their hardness of heart. 19 They have become callous and have given themselves up to sensuality, greedy to practice every kind of impurity. 20 But that is not the way you learned Christ!— 21 assuming that you have heard about him and were taught in him, as the truth is in Jesus, 22 to put off your old self, which belongs to your former manner of life and is corrupt through deceitful desires, 23 and to be renewed in the spirit of your minds, 24 and to put on the new self, created after the likeness of God in true righteousness and holiness.

25 Therefore, having put away falsehood, let each one of you speak the truth with his neighbor, for we are members one of another. 26 Be angry and do not sin; do not let the sun go down on your anger, 27 and give no opportunity to the devil. 28 Let the thief no longer steal, but rather let him labor, doing honest work with his own hands, so that he may have something to share with anyone in need. 29 Let no corrupting talk come out of your mouths, but only such as is good for building up, as fits the occasion, that it may give grace to those who hear. 30 And do not grieve the Holy Spirit of God, by whom you were sealed for the day of redemption. 31 Let all bitterness and wrath and anger and clamor and slander be put away from you, along with all malice. 32 Be kind to one another, tenderhearted, forgiving one another, as God in Christ forgave you.

This, then, is how we are to wage this war, through the strength of Christ, by practicing taking off the old ways AND PUTTING ON the new ways. Fighting against the old ways alone is not enough, we must replace them with new ways of thinking, new habits, and new methods. Of course, we can’t completely win, but we can fight a good fight and we can gain a lot of ground. This battle being never-ending and constant, I sometimes feel like I’m not gaining any ground at all! But if I stop and evaluate where I was 3, 5 or 10 years ago, I can see the little victories along the way, and better view the obstacles in front of me now. I am still so weak and human, but in my weakness I can boast of His strength and His glory, so long as I keep clinging to Him to bring me through it. Amen?

If you would like to join in, the rules are simple. Link up an encouraging post about marriage with the direct url to the post. Next week’s word is “Thoughtful”  Join us then for more Marriage Monday! 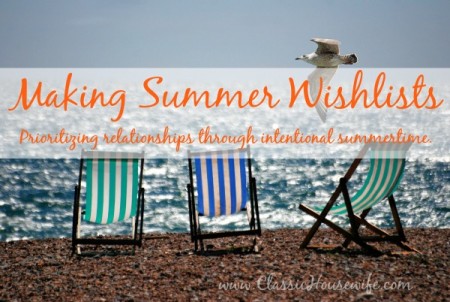