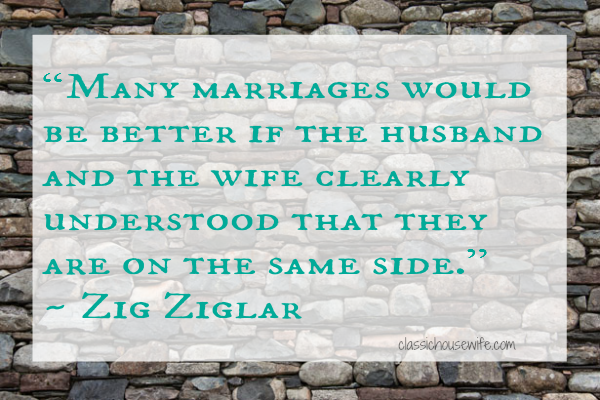 Each week as I write these “Marriage Minute” posts, a funny thing happens: Satan attacks in the very area that I’m writing about. As soon as I settle on a topic and start making a graphic, I see that issue playing out in my marriage. Why is that? Satan doesn’t like strong marriages. Because I am paying special attention to strengthening mine, he’s paying special attention, too.

It’s too easy, especially when your spouse isn’t necessarily behaving like a team member at the moment, to switch sides, to go on the offense against each other – or even worse, build walls up between each other! We fight for control over decisions, we fight to be right, we for vindication. . . but these things divide us. A house divided against itself can’t stand (Matthew 12:25) and we must remember that we have a common enemy–and that enemy is NOT our spouse.

So then, when conflict arises and we aren’t acting like we’re on the same team (or even in the same ball field!) the main goal of conflict resolution at that point must be getting back on the same side together– not winning over our spouse, which is a hollow victory indeed. A win for the individual is a loss for the team.

Yes, you need to fight back! But not against your husband – you’re on the same side!

** A little side note for today’s thought: I know that sometimes in marriage, you’re NOT on the same side. And you may be doing your best to get you there but your spouse isn’t on the team yet. Keep fighting FOR your marriage, dear one! Even if you can’t see results yet, your best defense for your marriage is to fight for it and not against it (Satan would like nothing more for your marriage than for you to give up on it entirely.) There is so much that I could say here, I could write for hours. But I pray that if you’re reading this and you are the only one fighting for your marriage right now, you would be encouraged and renewed in your strength. “Submit yourselves therefore to God. Resist the devil, and he will flee from you. Draw near to God, and he will draw near to you.” (James 4:7-8a) 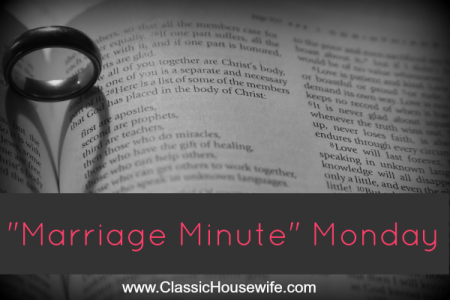 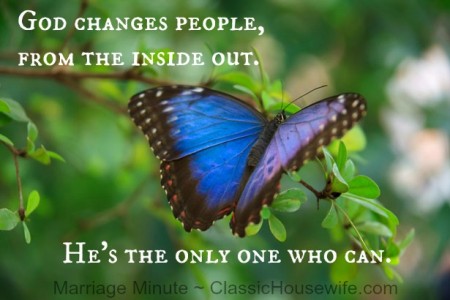 It really amazes me how God works, and how Satan works. God uses the attacks to make our marriage stronger, while Satan is thwarted over and over again.

“God uses the attacks to make our marriage stronger, while Satan is thwarted over and over again.” AMEN. TO. THAT!!