How I Get My Kids to Eat Chewable Vitamins

Well, except for the three year old chomps them down like candy and complains that he only gets a half. But if you have 3 or more kids you know the rule of thumb is that they NEVER all agree on ANYTHING. Just sayin.’ But back to the vitamins…

We tried the gummy vitamins and they DID all like those (oops- just disproved the above rule!) but I didn’t really like the nutritional information on the back. So once the bottle was gone (a family member gave them to us) I went back on the hunt for better kids vitamins. And it just so happens that they are chewable. And the kids don’t like them.

Can you blame them? How long has it been since you’ve had to choke down one of those sugary, gritty, zoo animals or cavemen?

The whining gets real old, real fast. The crossed arms and refusal to eat them isn’t acceptable. So of course,… I bribed them. With candy. Tic Tacs to be exact.

Don’t judge me. I figure the benefit of the vitamins outweighs the sugar and calorie content of one tic-tac.

So,… they eat a vitamin, they get a tic tac to help rid the taste from their mouths and replace it with a new taste – orange or citrus or cherry. And it works, and there is minimal whining before the deed is done and then it’s all over with. They still aren’t crazy about them of course.

Well, except for the 3 yr old who chomps down his half a vitamin AND his tac tac together at the same time.

Works for Me Wednesday is hosted by Kristen @ We Are THAT Family. And in the meantime, I’m taking suggestions for new vitamins. 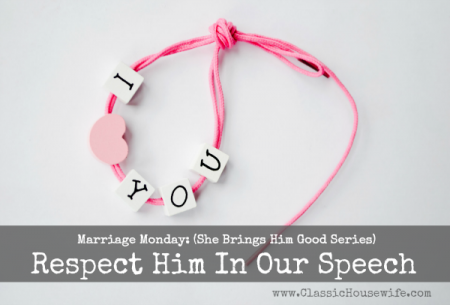 LOL! Beeyoutiful has some yummy looking children’s vitamins called SuperKids that might be worth trying. My kids don’t like vitamins either.

Or, you could mix the fresh juice of parsley, carrots and beets in equal amounts, and that is supposed to give all nutritional requirements for children up to age 6 (if I remember correctly). We tried it and it’s delicious!
.-= Kimarie´s last blog ..How To Quickly Thaw Frozen Liquids =-.

Really? Where do you find parsley juice? Or carrot and beet juice for that matter…
Maybe I need to do some google research about natural stuff like that instead of sugared up multi-vitamins. I wouldn’t mind making vitamin shakes or drinks or something. That sounds cool – thanks! =)

I really need to start making sure my kids take their vitamins again. I forget….
.-= Monica´s last blog ..A Place for the Shoes =-.

I use one of those 7-day pill boxes. I put 2 and a half vitamins in each slot instead of getting one for each kid. And I started a habit of passing them out while I make my coffee – since I make myself a coffee EVERY morning with very little exception. 😉 I guess I could have included that in my Works For Me, huh? 😉

I know that Whole Foods carries gummy vitamins that look really good nutritionally. You might want to check those out. My kids don’t like the gummies, so we use the chewable ones (Natures Plus Animal Parade) and they work great for us! LOL The thing that bugs me is that virtually all kids’ vitamins that aren’t from health food stores have artificial sweeteners in them. I know this is for the good of their teeth, but I am against artificial sweeteners, so going the health food store route works for me! .-= Erin @ Closing Time´s last blog ..WW: Times… Read more »