It all started when my two year old dumped a bucket of crayons on the floor and refused to pick them up. Since he had done the same thing two days earlier, I knew that he understood what I wanted him to do, and what he was supposed to do, but he refused to do it.

When I addressed his disobedience, he responded with “I can’t” – an answer he most certainly learned from his older sisters, proving that children learn by example, but that’s another post in itself.

Truthfully, we struggled back and forth for several minutes – me trying to maintain/regain my authority and him trying to attain/maintain his independence. Even after a swat on the hand or leg a few times, my two year old sat in the pile of crayons and stubbornly -emphatically- refused to pick them up.

It was a battle I could not let him win – because having the 2 year old in control is neither smart, nor healthy, nor biblical.

Diligently, I kept on. I gave him the three swats that we reserve for serious infractions and instructed him to start picking up crayons. Finally, he picked one up. Each step of the way, I stayed firm. Every time he picked up a crayon I told him to pick up another one, and another. I kept my face and voice firm and did not cut him any slack. I MADE him pick up every single crayon, one after the other.

When it was over, he was in tears, but he had obeyed and completed the task. I took him in my arms and comforted him.

I also told him that I did love him very much, even though I had to discipline him, and we hugged and he held me tight for several minutes while he calmed down. While I was holding him, I thought about how much I am often like a 2 year old child, having to learn lessons the hard way.

Sometimes when we sin, there is no easy way out. Just as my son had to pick up every single crayon, no matter how hard it was to obey, no matter how painful it was for his pride… sometimes we have to follow through every painful step until we’ve righted our wrongs. Just as I was sitting there keeping my son on track, God is there to show us the oh-so-very-hard way out. And of course, God is there when we make it through to comfort us and cleanse us in our repentance. Often, we learn better through these hard lessons, than we do through others.

I am reminded of a very hard lesson that I learned at the beginning of the year. Last Christmas, when I spent twice the budget my husband had given me for Christmas gifts, I had to follow through every single hard step to make it right. I had to tell my husband – which was by far the hardest, because I had been working so hard on being a better spender and proving my trustworthiness when I flushed that all down the drain with one big fat check to Wal-Mart. I also had to confess my sin to God (there were many, but not honoring my husband, and not honoring God were two). I had to repent – which was not a problem because I was VERY SORRY and regretted it DEEPLY so much so that I never wanted to do it ever again! I also had to go back to Wal-Mart the next day and return many items so that I could repair our budget. Also, I had to continue working on spending wisely every time I went shopping for months after that to regain my husbands trust.

It was a hard, hard road. Nothing I could’ve done would have given me a shortcut to the end. Yet, I felt God’s presence with me through the whole journey. I felt his comfort and peace after I repented and returned the “wronged” items. I still feel him guiding me as I continue to work hard not to overspend when I am at the store.

But that hard lesson did more for my heart than any of the smaller ones before it. As of yet, I have not returned to my habit of overspending. I have NOT spent more whenever my husband gives me a specific limit for that expense. And when Christmas comes, I seriously doubt I will have trouble sticking to the budget then, I assure you! 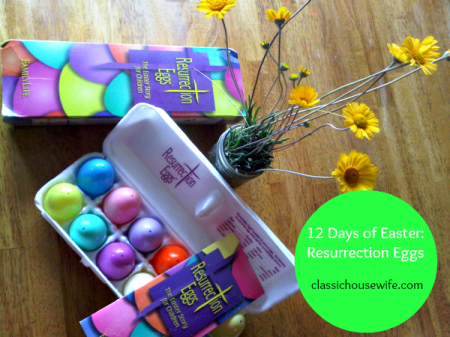 Wow. This is an awesome post. May I link to it? It’s such a great description and application of why we train and discipline our children. Very well-written…