Field Trips and Events, Our School

Field Trip to the Firehouse

Today we joined a group of homeschoolers for a field trip to the firehouse. And I didn’t take my camera – what was I thinking?

The firemen showed us a fire rescue truck, a water truck, and an ambulance. The kids enjoyed learning about each truck but especially the ambulance. As soon as they were done telling us about the kinds of things you can find inside an ambulance, they got a call and had to clear all the kids out so they could go help somebody. Of course the moms were like, *Oh, gasp!* But the children were thinking: “There goes the ambulance off to save the day!”

They did talk about Stop, Drop and Roll, and of course not playing with matches, about fire escape plans and smoke detectors. But I think what I liked best was how they repeated several times that if something happens and a fireman is trying to help you out of a house or an accident, you need to listen to them because firemen are there to help you.

They told the children that if they wake up in the middle of the night and a fireman is trying to find them and calling their name.. NOT to hide from them. They showed them all their tools and masks they might be carrying and explained what they do so that they wouldn’t be scared of any of it. Not that I’m a worry-wart cuz I’m not, honest, I swear.. but it’s a comfort to my heart to have all that reinforced by the “really cool” firemen.

A couple of years ago, Princess and I mapped out and practiced some escape plans and even though it made me cringe inside to think that we’d ever have to use them, and even though she asked me a few times if my eyes were shiny, we did it anyway because I knew in my heart I wanted her to know what to do more than I wanted to hide from any future possibility that she might have to use it. Besides, above all… God is in control. He always is.

Considering that was two years ago and Drama Queen was just a babe- I suppose it’s time that we went over it again. Drama Queen is already always bugging me to change the batteries in the alarms as soon as they start chirping and she occasionally she wants to check the smoke detectors just to make sure they still work. She’s off to a great start. Considering Little Prince’s recent antics… that’s probably not a bad thing.

For the rest of the day today, the girls have been playing “Fireman” and making hoses and fire extinguishers to play with. The received some little plastic fire helmets on the field trip and sticker “badges” which helped complete the look. If the way they’ve been going on and on about it all day is any indication, I think I can safely say they had a good time today. 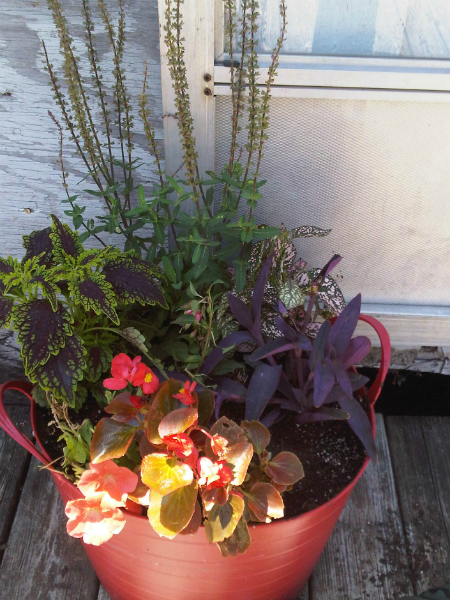 I’m glad they had fun. And got some great lesson reinforcement to boot. We have a plan too, but now that I think of it I don’t think we’ve ever actually practiced it. We’d better do that.

[…] also rented an I Spy book, a book about Firefighters (gee, I wonder why,) an Animal Origami book (Princess loved this one!) and several Nick Jr. character books for the […]

This cracks me up! My kids do the same thing–whatever we did last, that is what they play! If they watch a movie, they reinact it with toys. My husband and I can prredict with remarkable accuracy exactly what they will be playing based on the events of the previous week!

OHMYGOSHICANTBELIEVEYOUFORGOTTHECAMERA!!! I will now say that as your mom I have considered (worried) what they will do in that situation- try to run to your end of the house to find you instead of going out the window?? *sigh* Yes Lord, You are in control. What e’er my God ordains is right…..

My younger boys would have liked that. We have gone over a lot of that kind of stuff a lot. When I was young one of our house’s did catch fire and my Mom ended up pushing us out a window. God was protecting us.