I’ve always tended to be a person that didn’t ask enough questions. Or at least the right ones. For example, I called the dance studio when there was ice to see if my daughter’s class was canceled, but I did not think to ask whether or not she would able to make the class up on another day. In the past I have had doctors who would simply hand me a prescription after peeking in my ears, nose and throat – without offering a diagnosis — and my initial reaction was to say “okay.” It would occur to me later that I never asked what I had. Combine that with the fact that I actually do a whole lot of talking (just not a lot of asking) and you can easily understand how it is that I miss out on a lot of information.

This extends to other areas of my life as well. If I run into the mother of an old friend at the grocery store, I will probably ask: 1.)”How are you?” and 2.)”How is ____?” Later I’ll realize (often in the middle of telling another friend about the encounter) that I didn’t come away with any real information. I have no clue where that friend is living, whether they have married, or how many kids they have. At church, I see a lot of people that I know by face and not by name. Why don’t I know their name? I never asked. I regularly speak with several church friends (whose names I do know) but I have no clue what they or their spouses do for a living. Why? I never asked. I could go on an on, but I’d rather pursue the “WHY” question further.

Why do I not have meaningful conversation with these “friends?” Can I call them friends if I don’t know them? I want to. I want to know them. I want to spend time with them. I want to have play dates and dinners. And though I have tried half-heartedly a couple times to arrange something, I spend most of our conversation time with “filler” content. It gets worse. I am even guilty of giving filler information. When someone (who actually does ask questions) starts a conversation with me, I habitually switch to filler content. Oh, we’re fine. Been busy with just normal stuff. The baby’s getting into everything, the girls are doing their school… you know, same old stuff. *smile* You’d have to keep digging and we’d have to have privacy (in each other’s homes as opposed to in public) to find out what’s really going on in my life. Thinking about this now: I don’t listen, I talk too much, and I don’t say anything concrete…how many people have I pushed away because of that? How many people thought I didn’t really care about them and just walked away? How has this affected my witness as a Christian? Oh, I’m nice enough. I think. But I’m afraid I may not come across as real enough. If I am nervous, having a bad day, busy, or I don’t know you,… I probably won’t ask you too many questions. I know why I do the first three… I still don’t know why I do the last one. I don’t want to come across as shallow or fake or uninterested or snobby, since that’s not usually what’s going on inside.

I am a woman who loves God, wants to know him more, wants to love others and show them God’s love. But if I can make a bigger list of things I don’t know about people, rather than of what I do know about people, then what are the odds that I am doing a good job of that? If only really talk to those within my comfort zone, then what kind of love am I showing? If I only allow others to see what I want them to see, then how am I showing them God? I think it’s time to start asking more questions.

True story: I met a lady when I started going to this church that I really liked. I immediately thought, I want to be her friend. Then I thought she probably already had enough friends, though, and that I wouldn’t be able to get to know her very well. We actually did have some really good conversations over the 3 or 4 years that I knew her – real ones – but it took a really long time to get there, and the good conversations were few and far between. Now she has moved and I don’t see her anymore. I learned a lot from her about being a godly wife and mother, but just think how much time we missed together because I didn’t ask enough questions or put forth enough effort to visit. I mean, she didn’t know how much I wanted to get to know her. But then, maybe if I had asked if she wanted to be friends, she might have.

Another true story: there have been several ladies at church that I met and had the occasional conversation with. Nice ladies. But I don’t know them very well, because I never asked questions. For whatever reason, they moved away or began attending another church, and I was left to think: Oh, I’ll miss them. I wanted to get to know them. But I didn’t.

One more true story. Here in town, there lives a friend from highschool. I can count the number of times I have seen here since I moved back to town 6 years ago on one hand. When I do see her, we don’t get to talk much, and we usually do the “hey, how are you? fine. we should get together. yeah, we should. okay, see ya!” Well, it’s true. I do want to. I want to get together and really talk. So what is stopping me from saying, “Hey, I was thinking about you! How about getting together for coffee or something? This week?”

Yeah, it’s time to start asking, and I guess it’s time to start answering questions, too. We are called to love each other, not to be stand-offish and stuck in our comfort zone. In fact, to not love when we have the opportunity to do so would be a sin – not only because we would be not obeying that commandment, but also because the motivation behind doing so would stem from selfishness, pride, or some other certain sin.

So I am without excuse – because I already knew all this, I just wasn’t making it enough of a priority. My prayer every morning is: God, let me love others as you love them. Without my priorities in order, that’s probably not going to happen. Sounds like a rearrangement of priorities is in needed. So now my prayer is: God, make it a priority for me to love others today, teach me to love others before myself. 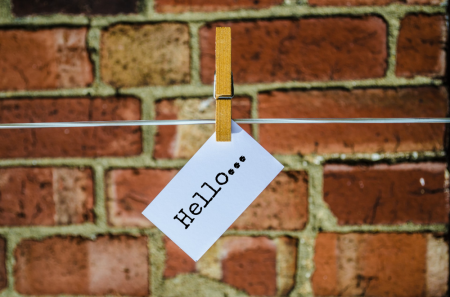 Does God Want My First or My Best?

What a terrific post and something that pretty much sums up my life. I can come up with all sorts of excuses why someone wouldn’t want to be my friend. It is so hard to put ourselves out there and risk rejection but it is what we are called to do. Make the first move rather than wait on someone else to do it. I’m going to come back and re-read this a bit later and write the scriptures down.
Thanks!
Laura

That was a great post Amber, and very convicting to me. Thanks for writing it! It really spoke to my heart!