My birthday is coming up. Not that it bothers me. Or that we’re going to do something fabulous. It will probably come sweetly and softly and leave just as quietly as always. I’ll be 32.

I remember thinking recently about how when we were in high school, 32 seemed SO. MUCH. OLDER. Not “old” I would never say that. I wouldn’t have then, either. I think as long as my parents and grandmother continue to age well they will continue to push “old” far away from me. Because right now? They’re not old. So “old” must be older than that.”

Anyway, thirty two was really ever so much older to me back then. At 17, it was nearly twice my age! We had several teachers in their 30s and WOW, were they so much older than we were. But now??

Thirty two is not that old. Not at all.

Sure, sometimes I’m guilty of talking about how old I feel. But I never mean that I’m old because of my age. But it is true that I often FEEL old, creaky, out of shape. That has more to do with health than anything else. So that’s neither here nor there. So please understand, if you hear me say “Gosh I’m getting old!” .. I’m talking about my knees! ; )

Today I’m sitting and thinking specifically of all the things I thought I’d do (or wouldn’t do) by now. Life turns out surprisingly a lot like you think it will, but never at all like you thought. You know?

I never thought I’d ending up living in this town. I thought I’d move away and stay away, but I was wrong. And I’m okay with that.

I didn’t know I was about to meet the man that I would marry, because I was sworn off dating and guys when I graduated high school, but I gave that up when I met James.

I figured I’d have kids at some point after getting married and that I’d probably stay home with them — but I had no idea that it would happen so quickly! (Blame that on a family emergency and running off to west Texas without packing The Pill in my hastily packed bag – oops!)

I did think I was going to finish college. I didn’t think I was going to DO anything with the degree but I thought I’d have one. Kinda had to drop out the semester I had morning sickness. Um, that was the last semester. I’m okay with that, too. (If I did have a degree and needed to get a job it would probably be useless by this point anyway because I haven’t been working and using it and it would give me no credibility. At the very least I would need to take refresher courses or something to be able to use it.)

In 8th grade I wanted to be a hair stylist. I actually DO kinda wish I’d stuck with that one. It would be awesome if I knew how to cut hair well (instead of faking it) and could cut my family’s hair ALL the time and never have to spend money at the barber shop! Just sayin.

I had NO idea that I would end up homeschooling!

I really did think I was going to do something with my music and singing, probably before having kids. I had no idea that I’d learn to play guitar, or that I’d use my music in a more intimate setting, for ladies bible study at church instead of a big flashy stage. (Sometimes I still “miss” the idea of the big flashy stage. Ah, vanity and pride…)

I had no idea that we’d have seen as much and gone through as much in our marriage as we did within our 1st ten years. And YET – it was still so little, and we are so very blessed. Things could have been so much worse.

I sure thought I’d feel a lot more grown up by this point than I do most of the time. Or at least wiser and more responsible. I still don’t feel it. On the other hand, I sometimes feel like I’m “too grown up” and need to live a little and have a little more spur of the moment fun.

I can say this though: at 32 I don’t yet get up before sunrise, or watch the news everyday… so I can’t be THAT old. =) 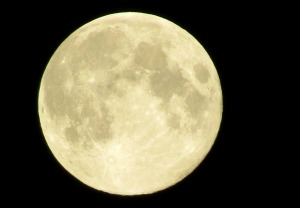 you have just begun. 32 is when you have energy, a good body, an imagination, dreams for yourself and your children. 40 is when you think you should be scared, but you wake up and find out nothing is different and it’ll be ok. Then through the forties, you realize you have less energy, less imagination, fewer dreams… because it’s all going so fast and you begin to think “Wow! The last 20 years have gone so fast. In the next 20, I will retire, travel a little, have health problems, perhaps watch my children marry!” And when you turn… Read more »

um– I think you just took a dig at me! “I can say this though: at 32 I don’t yet get up before sunrise, or watch the news everyday… so I can’t be THAT old. =)” Careful youngster! this OLD mom can still whup up some. want me to get the spaddle, whipper snapper? Lemme hobble over there…..

Well, I’m 33 and looks like you current life is
‘more mature” than mine. It might be because your youngest is older than my OLDEST kid. Yeesh. I did finish college, and grad school…yet I mainly just deal with lots of poop and bad sleepers. Remind me why I am having a third kid?? I’m open for girl name suggestions.

BethMaria – I better start taking care of my body or I’m going to get there faster than I want to!!

Juliana – AW, the third kid is great! (Especially once you get past the poopy diaper stage)
I always had a thing for girl J names – not that we ever USED any of them! 😉 Jewel, Jade, Jaden, Jorah…